The Indian Wire » Gaming » ‘The Legend of Zelda: Link’s Awakening’ is now available for download on Nintendo Switch 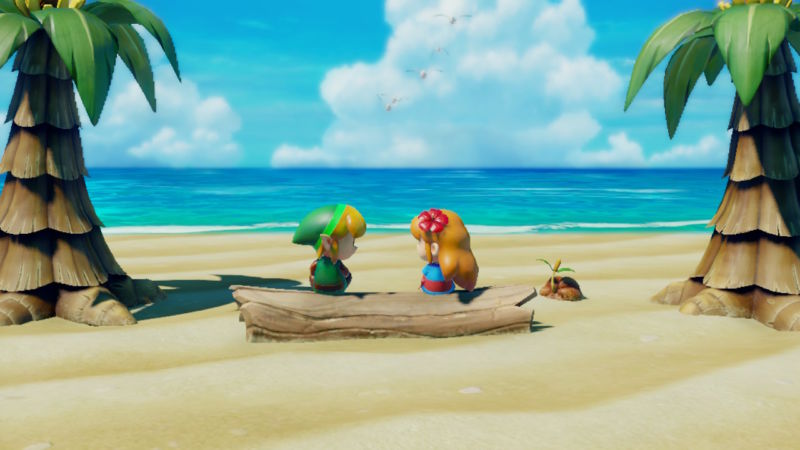 2019 has been quite a busy year for the big players of the gaming industry, namely, Google, Microsoft, Sony, and Nintendo with the next-gen consoles lined up. With so many exciting news coming out of the E3 2019 for gaming enthusiast, Gamescom 2019 brought us even more excitement with announcements on highly anticipated titles like Cyberpunk 2077, Death Stranding and more. With rivals like Google, Microsoft, and Sony, Nintendo has always been successful in keeping its cool and coming up with new ideas. The company announced many new ideas and upgrades for existing products this year including the recent ‘Ring fit Adventure’ fitness model, a system update to v29.0.0 for Switch, filed a patent for bendable joy-cons and many more. Then recently, Nintendo announced a new Mario Kart 8 Deluxe Tournament. Now, finally, Nintendo rolls out the much-awaited title ‘The Legend of Zelda: Link’s Awakening’ on Switch.

Link’s Awakening as most of you must know is a remake of the 1993 classic on the Game Boy, which involves dungeon exploration. The game is built around Link’s escape from a strange island where you find magical items to go against unique enemies.

Coming onto availability, Link’s Awakening will probably be available at around 12:01 a.m. local time in the region of your eShop. However, some users claim that they are able to play the title at even 11 p.m. when the title is pre-loaded.

Let’s have a sneek peek into what some of the critics have to say about the new arrival:

Forbes gave Link’s Awakening a perfect 100 score, saying “If you never played the Game Boy original, then you absolutely need to pick this up. If, like me, you grew up playing this game, then there is a lot of new content to keep you busy.”

IGN gave the title a 94 saying, “Link’s Awakening retains the style and feel of its 1993 self, but looks and controls like a game – albeit a retro-styled one – made in 2019. In doing so, this feels like it was made in some alternate present, where games remained in 2D, puzzle-focused and strange, but tech improved to support it all.”

Destructoid gave the game a 90 further praising the game and saying “Slight gripes with the new engine and the old source aside, this is still Link’s Awakening: one of the best Zelda games to date. Although I don’t think I’m going to rotate the DX version out of my yearly Zelda replay sessions, I’ll definitely be working the Switch remake in.”