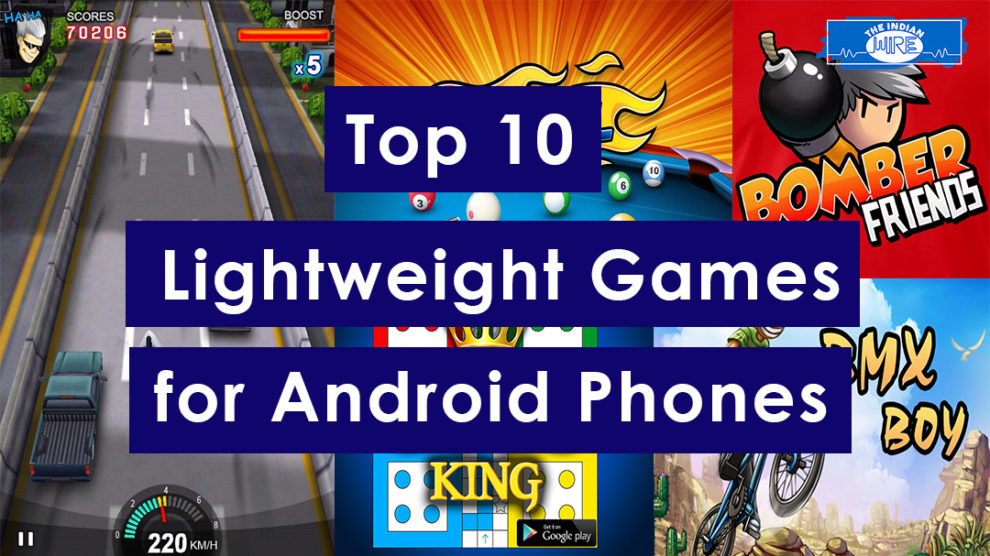 Mobile Gaming industry is very big, There are so many big games that rule the gaming world. Android has PUBG, Call Of Duty, Asphalt and many more games. These games have been downloaded million times from the Play Store. But, if you are bored with these heavy games that require strategy and you want to play simple mobile phone games, here are 10 lightweight games that I recommend to download:

Racing Moto is one of the oldest bike racing games at the Play Store. The game has a 4.1-star rating and 50 million downloads. The game is a “Tilt-to-play” type game where you will get 1 bike in the beginning. 2 more bikes are available but they need to be unlocked by reaching a certain point. The game does not have any missions, it has levels. With each level, the speed of the bike will increase. You can download the game from the Play Store. 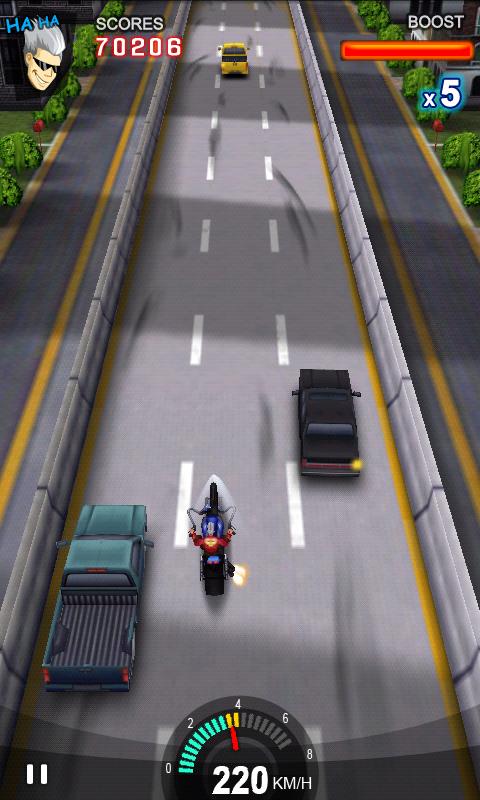 Brick game will bring back the memories from your childhood. The game is the mobile version of the 90’s 8-bit console game. The game has 19 in 1 game feature, 11 different classic themes with many speeds and levels. You can even share your high score with your friends. Download the game from here.

Bomber Friends is the mobile edition of the Bomberman game. The game is an Online multiplayer where up to 8 players. In the campaign mode, there are over 300 levels with 6 different worlds. The bombs can get different power-ups within the game. You just have to blast the enemies with bombs and find the game to go to the next level. You can download the game from this link.

The game has 50 million + downloads with 4.5-star ratings in the Play Store. The game has a single-player mode and a multiplayer mode. In the Tournament mode, you can play and compete with 8 players. The works online and you can connect it with your Facebook to play with your friends. It is the mobile adaptation of snooker, here you can collect points by winning a match and use these points to upgrade your cue. Download the game from Play Store.

It is one of the addictive games from this list. Here, you will have to make a path for your balls by moving your finger. you will get extra rewards during the match. Collecting all the balls and escorting to the end will give a perfect 3 stars. The obstacles in the game are made in such a way that you will not be able to clear a level in the first go. Download the game from this link.

Hill climb racing is one of the best Offline racing games. The game offers hundreds of levels to play and a variety of vehicles from bike to truck to a tractor.  You can unlock cars and choose the Best One by clearing stages. The game supports social media link that means you can even play with your friends. The game offers weekly events that can give exciting rewards. The game is available at the Play Store for free.

Join Om Nom as he travels back in time to feed his ancestors with candy. The video game is the latest installment in the Cut The rope series. The game works on real-life physics, you will have to aim and cut the rope to feed both OmNom and his ancestor. The game includes exciting locations like the Middle Ages, the Renaissance, a Pirate Ship, Ancient Egypt, Ancient Greece, the Stone Age, Disco Era, Wild West, Asian Dynasty, Industrial Revolution and the Future. You can download the game from here.

BMX Boy is a bicycle driving game where You will have to clear levels by reaching checkpoints. The only way to reach a checkpoint is Speeding Up, Jumping，performing various tricks in the air and landing safety. The game environment is based on 3 terrains. It has over 90 levels. You can connect the game with your social media accounts to play with friends. The game has been downloaded over 50 million times. Download the game from here.

Candy Crush is the biggest mobile game franchise with revenue in billions. Friends Saga is the latest addition in the series. Join this match 3 puzzle game to find them. This friendly bunch has their own unique powers to help you to create sweet candy combinations and blast through blockers. The game is never-ending, it has hundreds of levels and each level has a new difficulty. You can download the game form here.

The game has been downloaded over 100 million times. It is the most addictive game. The game is a mobile edition of the famous board game “Ludo”. The game can be played with friends via social media. The single-player mode includes AI. The game has multiple themes such as Nature Theme, Egypt Theme, Disco / Night mode Theme, Pinball Theme, Candy Theme, and Christmas Theme. The game can be downloaded via this link.

Top 10 Apps that Lets You Watch Free Movies and TV Series on Android
List of most popular, top 10 racing games for iOS to play on iPhone/iPad
Comment