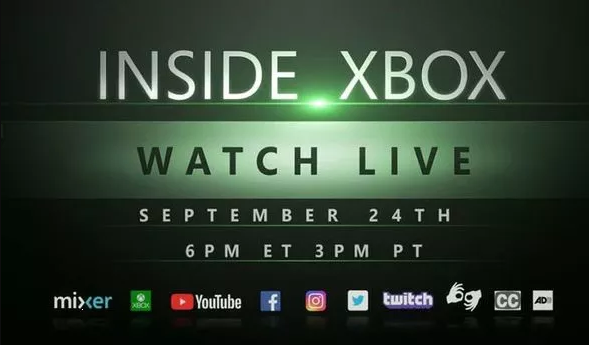 Microsoft took to twitter as it announced its latest episode of Inside Xbox which will be streamed today, September 24. The stream starts at:

#InsideXbox is back with a 💥 BOOM 💥 this month!

Microsoft has already unveiled that the event’s major highlight would be its Project xCloud as the company is expected to reveal new details about its cloud gaming project. Moreover, the company will also offer ticketing details for X019 event. New Game Pass titles for the next phase will be announced. Jon Bernthal, star of Ghost Recon Breakpoint will be interviewed.

We can expect details on the following titles:

The stream can be watched live on the below platforms: