Earlier this year, Konami managed to include both ‘Football’ and ‘Soccer’ together by renaming its annual feast of football ‘PES 2020’ to ‘eFootball PES 2020’. Konami just didn’t stop at this, they acquired exclusive team license of footballing giants such as   Manchester United, Juventus, Bayern Munich, Barcelona, Arsenal along with Argentine powerhouse Club Atlético River Plate, further acquiring Euro 2020 license. And all of this to take on the rivals ‘FIFA 20’ once and for all. The title finally launched on September 10th and was hugely appreciated by the fans for the improvements it had made in the gameplay and ball control features. However, Konami isn’t satisfied at just this as the first wave of updates is here with the Pro Evolution Soccer 2020 1.04 update. Check out the full list of PES 2020 1.04 update patch notes below: 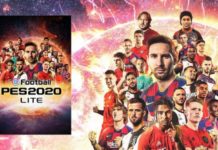 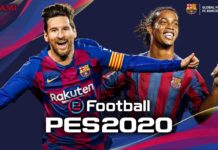 eFootball PES 2020 Lite all set to arrive next week