PUBG Mobile is celebrating its second anniversary and last month it has released the new 0.17.0 version update. The update brought the Hardcore Mode back along with amusement park mode, new weapons and most demanded update death replay.

Recently, PUBG officials tweeted that they will introduce cold front survival mode on April 16. This tweet excited many PUBG lovers and they are eagerly waiting for it. It is essential to give time to time gaming updates for its players and engaging them in it.
The last update had many pros and cons.

The last update weighted 1.69 GB on Android and 1.95 GB on iOS. The developers had introduced a new Amusement Park Mode on the Erangel map also, added DBS Shotgun, a double-barrel pump-action shotgun. It could hold 14 rounds of 12 gauge ammo and featured a faster reloading speed than other shotguns in the game.

The Hardcore Mode returned to PUBG Mobile with the last 0.17.0 update. In this mode, players had to do everything manually, from opening the door to picking up ammo for your weapons. To make the experience a bit exciting, there was no sound prompt if enemies approach you, so players need to keep their eyes open for surprise attacks.

However, just like previous patches, the update had come with a few misses. 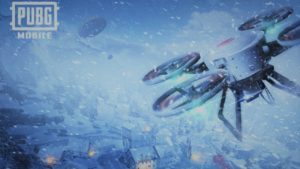 Several gamers have pointed out specific issues with the gameplay and mid-match crashes since the update.

So, like this the last update was exciting and astonishing for players and also it added a reason to celebrate the 2nd anniversary of PUBG mobile. Now it is going to have cold front survival mode and which is a bit confusing this summer. Players are excited a lot by hearing this and also thinking about what new things would come with this update.

PUBG Mobile hasn’t shared any more details of this new mode but there are some leaked information about this update. In this new update players have to survive on their own to extreme conditions.

The players have gather wood to light fire and to hunt animals to survive. Another major change that would come with this update is, players can use drones to locate enemies, equipment, etc. Call of Duty game had this drone update a long ago. So, everyone expected this in PUBG also and finally it is here. PUBG officials are also working to fix the mobile crashing issue which came with the last update.