Pubg Mobile recently rolled out health safety warning feature that would lock players out of the game for 24 hours once they reach the maximum play-time of 6 hours on the game. However, the warning has now been removed and the company says that the restriction was a ‘system error’.

The restriction was launched for Indian players at Pubg Mobile’s first anniversary, which also marked the beginning of season 6 of the game. The restriction was followed by backlash from players across the country who took on Twitter and Reddit to show their displeasure at being restricted to 6-hours gameplay. Pubg Mobile, however, withdrew the warning saying that the restriction was a system error which has now been fixed. 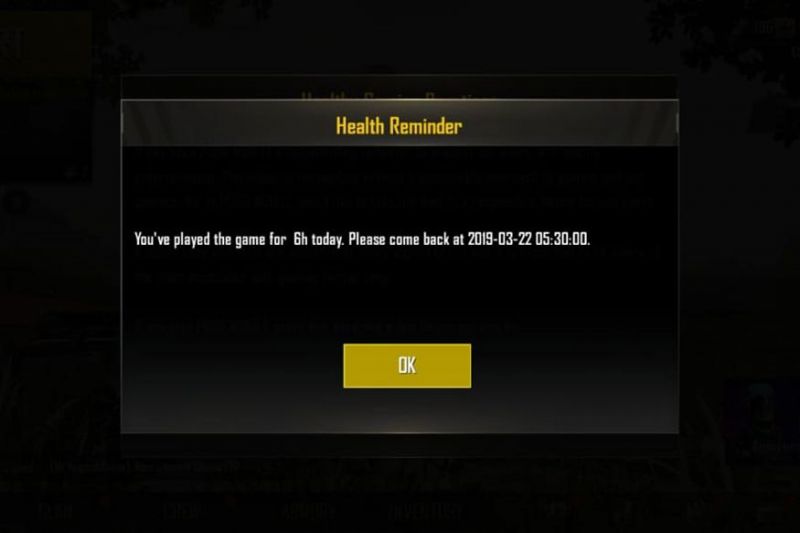 Pubg Mobile has been under scrutiny in India due to its alleged addictive gameplay, parents and higher authorities all over the country have shown their displeasure regarding the violent nature of the game. The 6-hours restriction imposed was seen as a defensive move from Pubg Mobile in order to alleviate the situation. Nevertheless, now that the game has announced that the restriction was a system error in the first place, it is not clear if such restriction will be applied to the game in the near future.

Moreover, the Pubg Mobile payment systems, which had gone down for some time, is now back up online. The company has not revealed the reason behind the system going down, though it has mentioned that the players who made payments while the systems were down shall be reimbursed within a few days.

In related news, Pubg Mobile season 6 has started bringing in new Royale Pass,  ranking system, weapon, vehicle and more. Users need to update the game to the latest version through App Store on iOS or Play Store on Android in order to try out the new season.