The State of Decay 2 is an open-world zombie survival game. The game was developed by Undead Labs and published by Microsoft in 2018 for PC and Xbox. The game was a big success still it was available only at Microsoft store. This is about to change as Steam has added the game to its store.

The steam page has not revealed much information about the release date of the game but the page says “Planned release date: Early 2020”. The page also says that the game will have features like Cloud saving, achievements, and cross-platform multiplayer. The official website of Undead Labs has also confirmed the news. 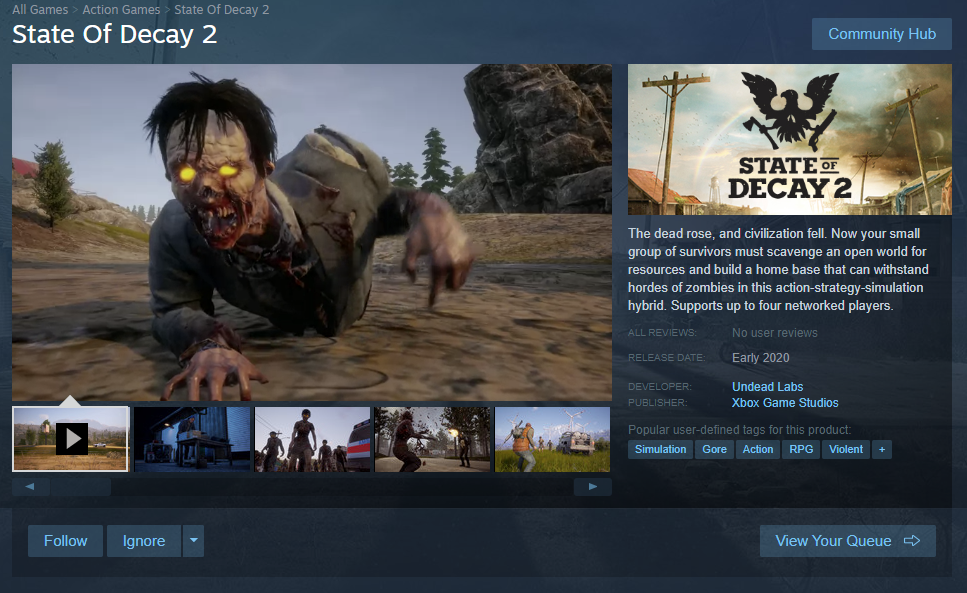 “At Undead Labs, we are dedicated to serving a passionate community of fans and are continuously listening to feedback, and our goal is to always be a fan-first studio. One of the top requests we get is to bring the State of Decay 2 to Steam. Today, the team is happy to announce that the State of Decay 2 is coming to Steam in early 2020 for all of our fans to enjoy!”

You can reach out to us at [email protected]com and we will get back in minutes.