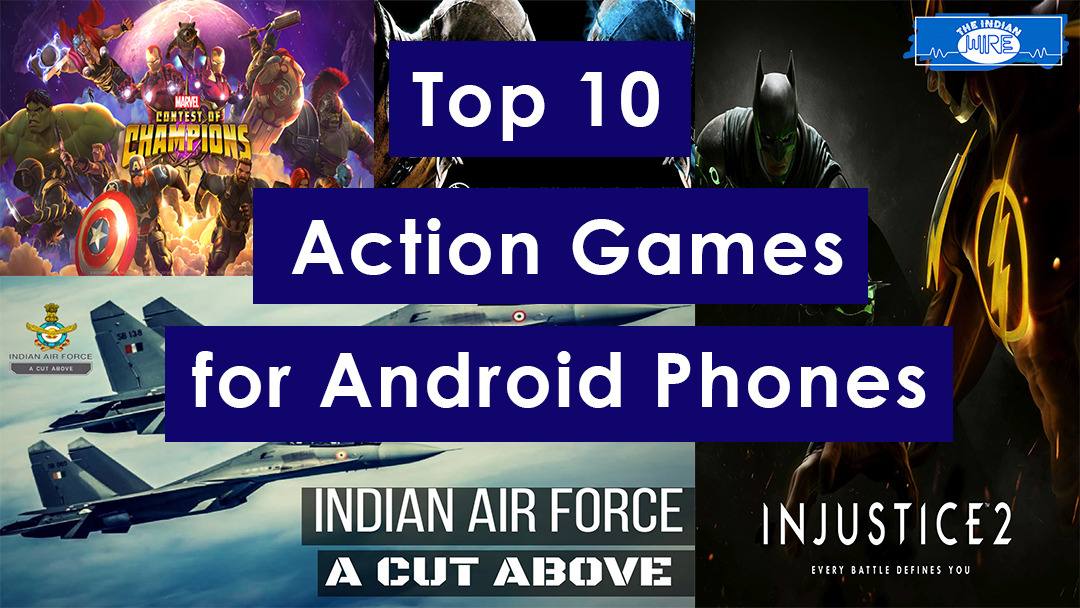 Android games have changed a lot. Earlier there few games with great experience and they required a heavy gaming smartphone but now there are so many great games to play on an android device. Action games have improved and now they are more addictive. There are so many action games available in the play store but here, I have the list of top 10 Action games that you should play:

The game was launched back in 2014 since then, so many new characters have been added to the game. The game is primarily set in the Marvel Universe. The storyline is derived from Marvel comic’s Contest of Champions’ storyline. In the game, you will be summoned by The Collector to make a team of heroes and villains who will fight with each other. There are over 160 playable characters from the Marvel Comics including Wolverine, Spiderman, Deadpool, Thanos, Silver surfer, and Iron Man. The game keeps adding new characters from time to time. Download this game from here.

It is yet another Zombie theme Action Game. You will have to run through a field with weapons in order to defend yourself against the zombies. The game includes multiple endings, lethal weapons, a dog companion, and even some tower defense elements. The game comes with 5 different story modes where you’ll have to save your family. The best part of the game is that it is offline. Download the game from here.

This game is the mobile edition of the famous game series Mortal Kombat. The game has all the characters from the console edition including Raiden, Scorpion, Jade, Sub-Zero, Kabal, and Skarlet. The 3v3 mode of the game allows you to build our own team. Other fighting modes include Challange other players. Down this game from the Play Store.

This game is for all the WWE fans. This big game was launched in 2017. WWE Mayhem is bigger & bolder than the rest, with fast-paced mobile arcade action and over-the-top moves. Here, you can play as John Cena, The Rock, Brock Lesnar, and ALL your favorite WWE Legends and Superstars. The game has 6 distinctive character classes: BRAWLER, HIGH FLYER, POWERHOUSE, TECHNICIAN, WILDCARD & SHOWMAN. The game has events like Monday Night RAW, SmackDown Live, Clash of Champions PPV, and monthly Title events. Download the game from here.

6: Indian Air Force: A Cut Above

It is the official game from The Indian Air Force where you can play as IAF officials. The purpose of the game was to encourage the young generation to join the armed forces. The game is an online multiplayer game where you can play a squad vs squad game. Here you will fly a jet plane and destroy the locations of enemies. Download the game from here.

The game is based on the DC universe. The game is the sequel to Injustice: God Among Us. The game was launched with 36 playable characters including Batman, Flash, Wonder woman, and Superman. To play the game you’ll have to make a team of 3 characters.  The game works on 3 on 3 battle modes. Download the game from here.

UFC is an MMA(Mixed Martial Arts) game based on the Ultimate fighting championship. The game has HD-quality visuals, intuitive touch controls, and action-packed gameplay to create a unique combat experience. The game offers over 70 fighters all you have to do is to train them in order to become the ultimate MMA champion. Download the game from here.

The game is based on the WW2 era. The game has cities like Berlin, San Francisco where you will have to destroy enemy tanks in order to survive. The game has 7 legendary WWII battle zones, 6 game modes and Custom Games where you make your own rules and 57 unique weapon types: pistols, rifles, machine guns, shotguns and more. the game is available on the Play Store.

Power Rangers game is based on the power rangers TV series.  In the game you will stop Rita Repulsa, the space witch who has infected the Morphin Grid, creating virtual monsters and Ranger clones programmed to fight on her behalf. The graphics of the game are great and it has some new Power Rangers too. The game has customizable team and real-time Battles. Download the game here.

10 Lightweight games that you can play on Android Device