List of most popular, top 10 racing games for iOS to play on iPhone/iPad 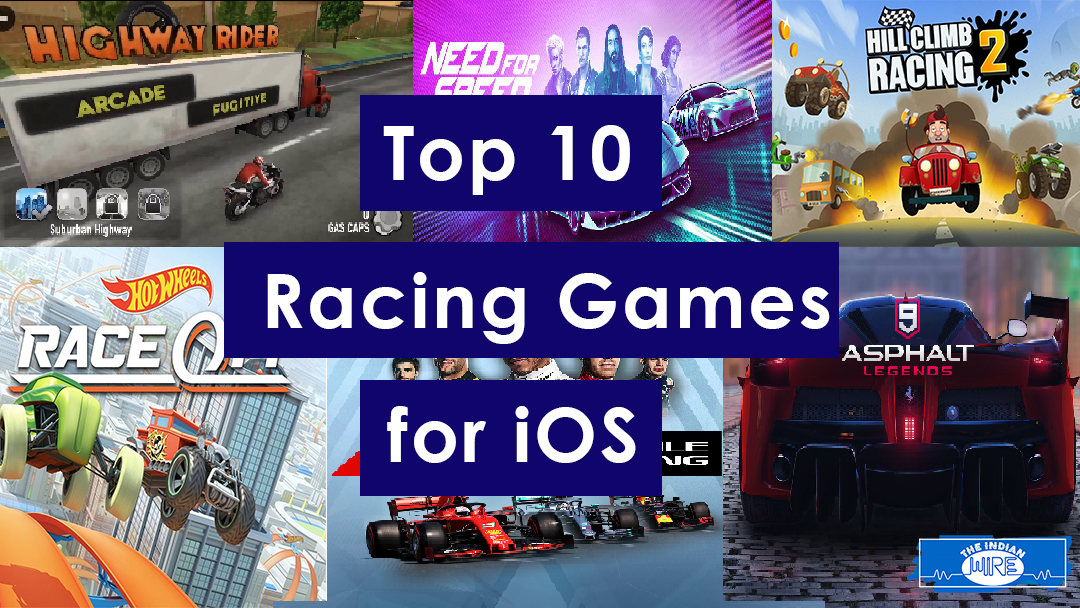 The craze of mobile gaming has increased so much in the past few years. Mobile companies now are making smartphones that are capable of running heavy graphics games. There are so many categories of games for mobile devices but the one that everyone likes is Racing games. Everyone at least once has played a racing game; with the increasing demand for action games, racing games are struggling to keep their place. So here is a list of top 10 iOS racing game that you should play if want to take a break from Action games:

The latest installment from the Asphalt series is Asphalt 9- Legends. Asphalt 9: Legends features a top roster of real hypercars for you to drive that is unlike that found in any other game. The game has cars from brands like Ferrari, Porsche, Lamborghini, and W Motors. Play the game, unlock all the cars and become the legend of the tracks. You can start your street journey in Career mode by completing over 60 seasons and 800 events. You can download this game from the Apple app store.

Take the wheel of over 250 vehicles from manufacturers like Ford, Aston Martin, McLaren, Koenigsegg, and Pagani. The game includes 19 tracks in multiple configurations from top worldwide locations, including Silverstone, Hockenheimring, Le Mans and Dubai Autodrome. Real Racing supports 8-player, cross-platform, real-time racing. You can compete in over 4,000 events, including Formula 1® Grands Prix™, Cup races, Eliminations, and Endurance challenges. The game is free to download but it includes some in-app purchases. Download the game from here.

Traffic rider is a bike riding game where you can ride your bike in the endless highway roads overtaking the traffic, upgrade and buy new bikes to beat the missions in career mode. The game allows you to choose from 29 bikes to drive over 100mph. Traffic Rider has career mode with 70+ missions along with online leaderboards and 30+ achievements. You can download the game from here.

Drive in a highway full of traffic while dodging a hurdle. The game has boosters that can take you to insane speed. You can drive your bike in 4 different highways. The two modes for the game are Arcade mode and Fugitive mode. Highway rider has 10 different characters and each character has his own unique bike. You can unlock and modify each character and bike by making progress in the game. Download the game from here.

Compete against live players across the world with your custom-built supercars, including LaFerrari, McLaren P1™, Koenigsegg One:1 and many more. CSR Racing comes with the most advanced graphics that will give the hyper-real drag racing experience. Race with players from all around the world and unlock your dream car. You can upgrade and customize your car with every level cleared. Download the game from here.

The best hydro jet racing game available at the Apple App Store. In the game, armored riders kick out death-defying stunts over massive waterfalls, dodge cops through public waterways. The game has three modes- Deep Career mode, Online Multiplayer and Challange Mode. You can compete with your Game Center friends on leaderboards and unlock challenging achievements. The progress of the game can be saved in the iCloud. Download the game from here.

The only game in this list that will test your Drifting skills in CarX Drift Racing 2. The game is developed by CarX Technologies. You will be racing twice. The first time you will race as the Leader in a tandem drift, the second time you will be racing as the Follower, you will be following your own score. The game has its own evaluation system The CarX XDS Evaluation System. This Evaluation System is designed entirely on the professional evaluation system used in real-life drift competitions. The game has Multiplayer mode, Club racing, and single-player mode. Download the game from here.

The best game from Hot Wheels. It has over 25 Hot Wheels cars across 50+ insane physics racing tracks and you can use boosters, loops, and jumps to stunt on the iconic Hot Wheels orange track. You can log in with your social media account to play with your friends. The cars and the tracks are modified by the developer with frequent updates. Download the game from here.

F1 Mobile Racing is the official mobile game of the FIA FORMULA ONE WORLD CHAMPIONSHIP™. Here you can develop and customize your own F1 car from the ground up, or race for one of the 10 official F1 teams. You can even challenge opponents from around the world in the multiplayer mode. The size of this game is 1.2 GB that means the game has great graphics. The game is free but it may require some in-app purchases. Download the game from here.

Hill climb racing is one of the best Offline racing games. The game offers hundreds of levels to play and a variety of vehicles from bike to truck to a tractor.  You can unlock cars and choose the Best One by clearing stages. The game supports social media link that means you can even play with your friends. The game offers weekly events that can give exciting rewards. The game is available at the Apple App Store for free.