Microsoft has announced a significant overhaul of its digital store for Xbox, and the end result is a much faster browsing experience and more straightforward navigation. “Far more than a typical app update, we’ve rebuilt the experience from the ground up to be faster, safer and easier to use than ever before,” wrote the Xbox team’s Cody Bird in a blog post.

The new Microsoft Store app for Xbox will roll out to some Xbox insiders on August 5th before expanding to other testers in the coming weeks and ultimately reaching all Xbox One owners- and the Xbox Series X- this fall. To me, the current store can be a genuine hassle to browse, and this feels like a huge step in the right direction.

The new store is dramatically faster than the current version. Microsoft says it’s “more than twice as fast as before” and can load in under two seconds- sometimes even in less than a second. It’s been restructured to make it easier to get to whatever section you want using the Xbox controller. The side navigation pane is similar to the Xbox app for PC.

The revamped Xbox Microsoft Store has been fully optimized for the era of Game Pass, and it now shows more details about a title at the top level as you browse without making you dig deeper. The design does a better job highlighting deals/sale pricing, and makes it easy to compare various editions of a game where applicable to know what you’re getting with each choice.

There’s a focus on parental controls; users must now be signed in to browse the Xbox store, and content filters should ensure younger players in your house don’t see anything inappropriate.

Microsoft has also thought of some smaller, helpful additions. There’s now a “recently viewed” section that’ll let you get back to a game you’ve been considering but haven’t yet added to your wish list.

“The new Microsoft Store on Xbox is just the first of many updates we’re rolling out in the coming weeks, all built to keep the gamer at the center of the entire gaming experience,” Bird said. Microsoft is expected to announce a lower-cost Xbox Series S sometime this month as it continues to prepare for a holiday face-off with Sony’s PlayStation 5. 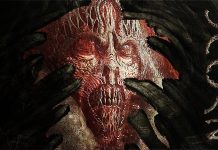 Scorn (PC/Xbox): A Demonic Treat To the Eyes