Exactly just when the world actually felt normal surviving the Covid, losing at least a singly loved one in every family, in short, being in the hell and back.

World Health Organization (WHO) has called a special meeting to discuss and curb the high transmissibility of B.1.1.529, that has exhibited unusual mutations after being discovered first from South Africa on 24 November 2021.

The UK has banned the entry of these African Nationals from six countries affected including the Botswana and South Africa. The virus’ presence has also been detected in Hong Kong. Experts have suggested that although the presence of this strain have been undetected elsewhere, there is a complete chance that these may be spreading stealthily.

This strain is yet proliferating and it remains unknown to a large extent to the Researchers because of inadequate data and uncertain pattern available.

“Particularly in a country with high rates of HIV and immunocompromised people, all of those things add to the risk of having these multi-mutated variants appearing”.

This one has been termed “very unusual constellation of mutations”, i.e., 32 mutations occurring in the spike protein alone.

The variant has been born out of 30 amino acid changes, 3 small omissions and 1 addition in the spike protein if compared with the original virus.

A professor explains: “We’re just now starting to learn even where the virus has already spread to. It’s very early days in terms of this particular variant.”

Where does the Mutation lie?

This strain has witnessed mutations on its spike protein, the way Corona virus uses to enter into the human cells. This mechanism is used in certain types of vaccines to simulate an infection and produce the consequent antibodies.

But there have been countable mutations even in other parts of the viral genome which may render it to be more transmissible.

In short, the variant has given birth to a large number of mutations and a few of these are concerning, most of which have been found to be detected using the present SARS-CoV-2 PCR diagnostics.

Just to add exceptions, some labs have indicated one out of three target genes in escaping detection although different such studies are underway. 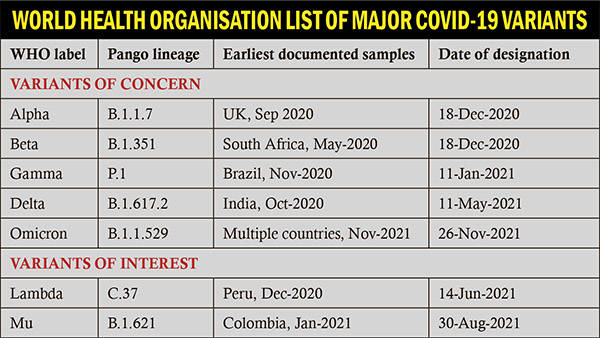 Without an appropriate prevalence and characteristic data, there is a bleak chance our struggling immunity gained from vaccination or a prior infection can survive or negate being diseased by the new strain.

However, based on the preliminary investigation, there is an increased risk of reinfection involved with this variant in action.

‘Variant of Interest’ are the mutations which can trigger and produce predicted genetic changes, affecting the viral characteristics such as the rate of transmission or severity of the disease, immunity or diagnostic capability or escape etc.

VOI indicates a significant yet not dangerous, community transmission in multiple clusters, countries with increasing prevalence and number of cases over time with an apparent emerging risk to global public health.

“Doing that for the outbreak purposes in countries which have the capability, you will pick out new strains that appear,” at times, new variants just get duly discovered while genomic sequencing.

“If you are seeing something unusual – maybe large proportions of people who have been vaccinated getting infections, or people who you wouldn’t expect to get very sick with the virus suddenly becoming sick – those may be red flags or new mutations”. 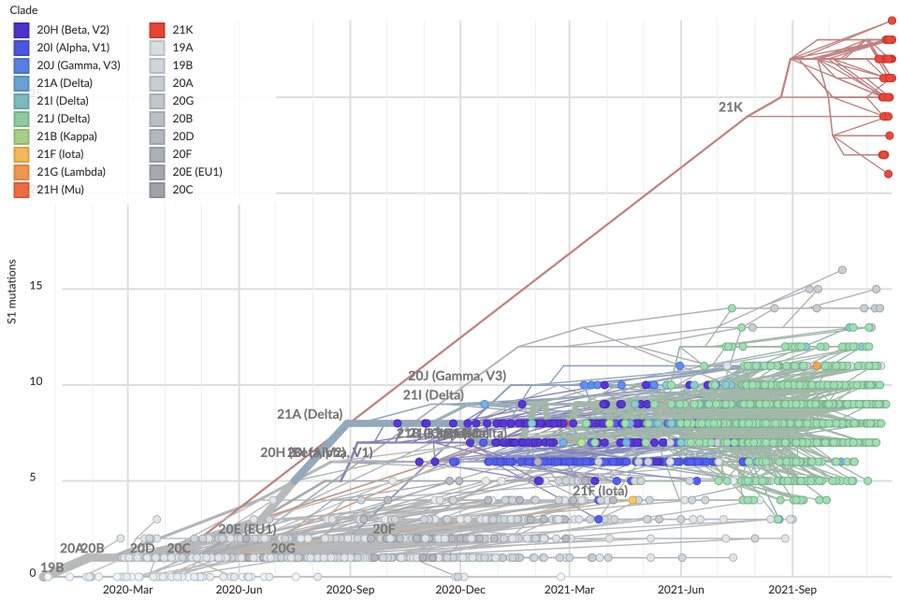 “Some countries are better than others at examining the sequences of the viruses that are isolated, or people who’ve got COVID,” explains an associate professor of medicine. Travel history analysis and contact tracing can help strengthen this defense against the disease.

How does WHO assess and announce a ‘Variant of Concern’?

There is an independent consortium of experts by the name Technical Advisory Group on SARS-CoV-2 Virus Evolution (TAG-VE) that at times, as needed, quantifies and monitors the consistent evolution of SARS-CoV-2.

In the wake of new strain found, TAG-VE got convened on 26 November 2021 that deals with assessing specific mutations or possible recombinations those may alter the ultimate behavior of the virus.

Based on the recommendations from TAG-VE, WHO has designated the new strain B.1.1.529 named Omicron, as a ‘variant of concern’.

It is actually a ‘variant under monitoring’.

WHO has formalized a structural system for allotting names to the Corona virus’ variants of interest and variants of concern, wherein a Greek letter is officially donated for the same, for example, Delta.

Is it going to be a threat?

“We have had a number of other variants that have appeared that had the potential to be concerning, but in the end, fizzled out,” as explained further.

“Beta, for instance, had a lot of immune escape mechanisms, but it hasn’t become a dominant variant at all.”

While we have been expecting the unexpected with Covid, but with consistency in approach and greater planning, one can even achieve the unachievable.