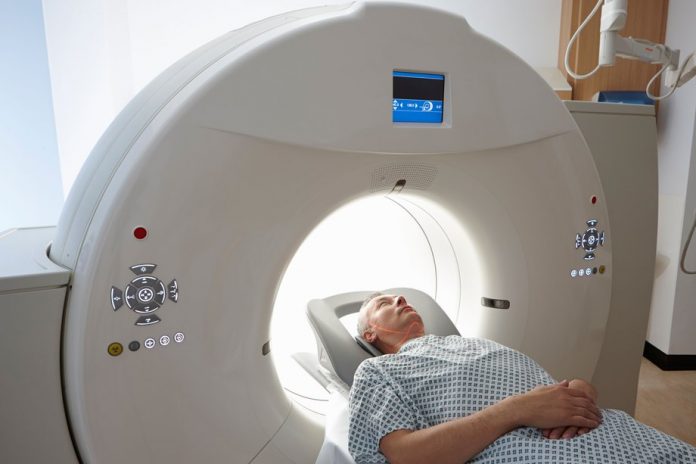 CT scans, which are generally used for the purpose of medical imaging, may lead to increase in the risk of developing brain tumors, claims a study published recently in the Journal of the National Cancer Institute.

Using computed tomography (CT) scans is if not the most important, quite essential for proper treatment. Data shows that the number of CT scans has increased drastically over the last 20 years and while these machines do help the diagnostic process, it also exposes the patient to more radiation than most similar devices.

Scientists suggest that patients should be protected from this much radiation, especially children because they usually receive more radiation than adults, are more at a risk of developing radiation-related malignancies, and take more time than their adult counterparts to show the effects of the risk.

Scientists found that children and young adults who went through multiple CT scans were at a high risk of developing leukemia and brain tumors because of high exposure of large amounts of radiation. The research team then decided to evaluate cancer risks due to the radiation from CT scans in childhood.

For the study, scientists studied cancer incidence and viral status with the help of medical records in over 168,394 Dutch children, who had received one or more than one CT scans from 1979 to 2012. Pediatric CT scans are only conducted in hospitals in the Netherlands. The research team went to each all hospital based Dutch radiology departments to confirm the eligibility and participation of the patients.

Results indicated that the number of cancer incidences were quite high- 1.5 times higher than what was expected. Researchers also examined the dose-response relationship with the amount of radiation dose received for all the brain tumors combined, and separately for malignant and nonmalignant brain tumors.

The research team found that the more the radiation the participants were exposed the higher the risk of them developing brain cancer. No association between leukemia and radiation was found, which may be because radiation doses to the bone marrow were quite low.

“Epidemiological studies of cancer risks from low doses of medical radiation are challenging”, said Michael Hauptmann, the study’s principal investigator. “Nevertheless, our careful evaluation of the data and evidence from other studies indicate that CT-related radiation exposure increases brain tumor risk. Careful justification of pediatric CT scans and dose optimization, as done in many hospitals, are essential to minimize risks.”