The Indian Wire » Health & Fitness » Study: Coronavirus can enter the brain, likely to be reason behind emergence of neurological conditions in some patients 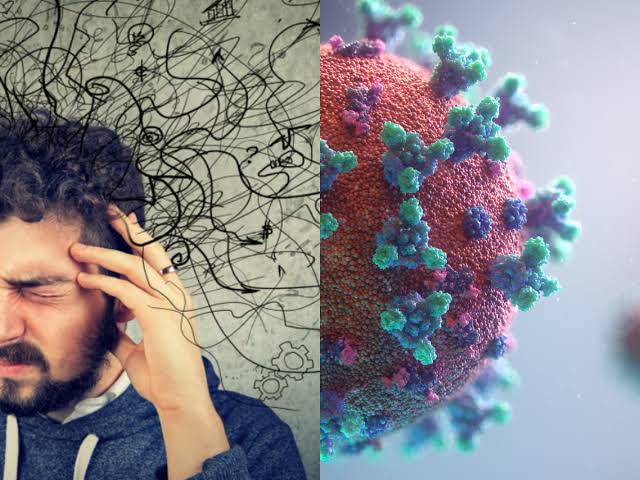 According to a new research-based study published on Wednesday, the reason behind some Covid-19 patients experiencing headaches, confusion and delirium, is likely due to the direct invasion of the virus into the brain. Until now, doctors used to attribute the emergence of these neurological conditions witnessed in about half of all patients to the process of harmful and excessive immune response known as a cytokine storm that leads to inflammation.

The study has produced several new pieces of evidence through research (which is still in preliminary stage) to support its claim of the ‘coronavirus invading the human brain’ which prior to this study was just an untested theory. The research paper has been prepared by Yale immunologist Akiko Iwasaki.

According to the research paper, the virus has the potential to replicate itself inside the human brain, once it enters, after which it starts to cut the oxygen supply for its nearby brain cells. The reason behind this occurrence is not yet clear and to be ascertained.

S Andrew Josephson, chair of the neurology department at the University of California, San Francisco said that it is really important to understand if there is any direct viral involvement of the brain. He further added that the paper still needs a peer review to check the accuracy of its claim. There is a possibility that the coronavirus enters the brain because of its ability to breach the blood-brain-barrier (the structure surrounding the brain’s blood vessels which acts as a barrier against the foreign substances trying to enter the brain).

In the study, researchers prepared three different samples for analysis. First, by infecting lab-grown mini-brains or brain organoids. Second, by infecting mice. And third, by analysing the brain tissues of dead patients of coronavirus.

They found that, in the brain organoids, coronavirus was able to infect the neurons and take control over the neuron cell’s machinery for self-replication. Infected cells then resulted in cutting off the oxygen supply to their nearby cells. The virus was able to enter brain organoids due to the presence of ACE2 which facilitates the virus’ entry into the cells. The research team has also found the presence of proteins in the brain tissue of dead patients.

Researchers also conducted a spinal tap on a hospitalized Covid-19 patient suffering from delirium in which they found the presence of neutralizing antibodies against the virus in the spinal fluid of the patient.

The research team then studied the two groups of mice. One of which consisted of mice who were genetically altered to have ACE2 receptors only in their lungs while the other group had those receptors only in their brains. It was found that the first group on being infected had some signs of lung injury. The other group of mice were found to have rapidly lost weight and died quickly. This suggested that the virus becomes comparatively deadly when it enters the brain than the lungs.

At last, researchers analysed the brains of three dead patients who had suffered from severe Covid-19 related complications. They found that their infected regions had no signs of infiltration by immune cells, such as T-cells. This suggested that the cytokine storm (which mainly leads to serious lung damage in coronavirus patients) is unlikely to be the main reason behind the emergence of neurological symptoms in some patients of coronavirus.

The nose is considered to be a good pathway to the brain which can facilitate treatment. Though, according to the authors, this needs to have validation through more study. And to found the prevalence of brain infection more autopsies are required to be done.