In 2020, when the Country’s health security was at rest, Indian Government came up with a brilliant plan to collect the “first scratching of the surface of the vast genetic diversity of India” or simply, map the Indian genome.

This ₹238 crores idea was mooted by Centre for Brain Research at Bengaluru-based Indian Institute of Science, a mesh of about 20 institutions, known for excellent computations and sample researches.

The aim was to clearly understand the type as well as nature of diseases and traits comprising the DNA of diverse Indian population. For example, if the genome in Northeast shows a tendency towards a certain disease, interventions can be made in the region accordingly.

This can enable the authorities to be prepared beforehand for that increased vulnerability while also looking the perspective that can lessen or eliminate that fallibility of Human genome in the region.

In addition, it will enable the Doctors in the region to understand which drug may be more effective for the population in a certain scenario, that may significant amount of time and effort.

What is a Genome and the ‘Genome India’ Project?

Genome, simply is the DNA of an organism all sets of genes within, that synthesizes a protein in order to impart a characteristic to an individual. 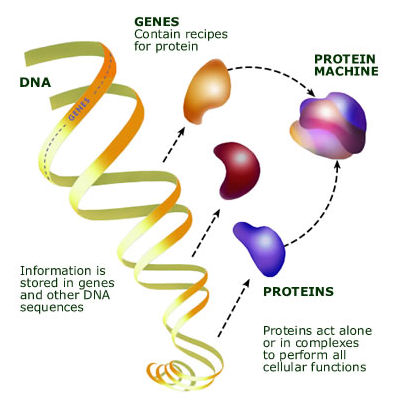 It’s the genes inside its DNA as they will synthesize the protein for the chosen color to be gifted.

Genome: as a complete DNA, is used to not just build an individual. It is even required to maintain its body.

How does genome effect health of an individual?

All living things are known to have evolved from a common ancestor. Studying the ancient preserved forms and the modern genome of different species, helps to understand their functioning and most importantly, their control.

Any difference in the DNA while copying or recombination, can lead to mutation(not to forget the brilliance of covid mutating strains). This can code an incorrect protein that can’t perform its dedicated function.

The consequent genetic variations among Humans can influence how people may respond to certain medicines or a person’s likelihood of developing a disease.

The unravelling of this data can help build strategies to treat and prevent human disease, may be enhance the mode of drug-delivery or maybe cut and repair a gene in case of cancers or rare-genetic diseases.

The path to advancement in genomics has already triggered a revolution in discovery-based research and systems biology to facilitate understanding of even the most complex biological systems such as Human brain.

First stage of the project: Collection of samples sourced from “10,000 persons from all over the country” to form a “grid” that will enable the development of a “reference genome” for the entire country.

Why a reference genome for entire country?

Till now, over 95% of the genome samples available make use of white, Caucasian genome as the base to understand every custom individual, purely sourced from urban middle-class persons and definitely not a benchmark or a representative for entire human race.

The Indian project was to update the available information on the human species and advance the cause, both oozing out of the vastness of the Indian population and the diversity enclosed on a single land.

India is a classic example of genetic integration of nearly all possible races. This land has seen immigration from Africa first, Central, middle Asia and Europe then, forming the “horizontal diversity”, later to be followed by “Inter- “marriages within the subcontinent.

GIP is however, not the first of its kind. Completed in 2003, the Human Genome Project (HGP) was an international programme that led to the decoding of the entire human genome.

Been classified as “one of the great feats of exploration in history”, it uncovers the nature’s magic in creating a human being.

“Rather than an outward exploration of the planet or the cosmos, the HGP was an inward voyage of discovery led by an international team of researchers looking to sequence and map all of the genes or genome — of members of our species”.

More than 2,800 researchers took part in this treasure hunt.

Our Genome and the Covid Connection:

A series of studies have established the role host genome in studying both susceptibility as well as protection against a virus in any population. Studies collectively published in Nature, MedRxiv, NEJM explain why some people may develop severe symptoms while other may not.

They cite Chromosome 3 in host DNA to be responsible for getting seriously ill while a group of genes on Chromosomes 6, 12, 19 and 21 are responsible for greater protection against the virus. Even 12 numbered Chromosomal genes are particularly important for drug delivery in case of Covid vaccines.

Unsurprisingly, the Evolutionary biologists from Sweden and Germany have traced back these collections of vulnerability and protection genes to have been inherited from Neanderthals.

The study has calculated about 50000 nucleotides of modern Humans (being shared within chromosome 3) with these early Humans. This nearly doubles the risk of getting severe illness from COVID suggesting that genetic risk factors may have a bigger than anticipated role in disease progression.

Nearly 50% South Asians are roaming with a similar region in Chromosome 3 from early humans, that makes them vulnerable for severe Covid.
Mapping the date of India’s diverse genetic pool will lay the bedrock for personalized medicine on global map.

Considering the diversity of population in our country, once we have a genetic basis, we may be more equipped with tools to eliminate any disease that may cause human lives to perish.

Surely, knowing that Evolution is the secret to next step, everything can make sense if we have enough data. Pandemics are bound to hit the human population with increasing Climate Change, its time we get a step ahead. People’s Vaccine or Patent of a few: Understanding IPRs in the light of Covid Vaccines
Cities like Delhi, Mumbai need better adaptation Strategies, millions of lives at risk globally