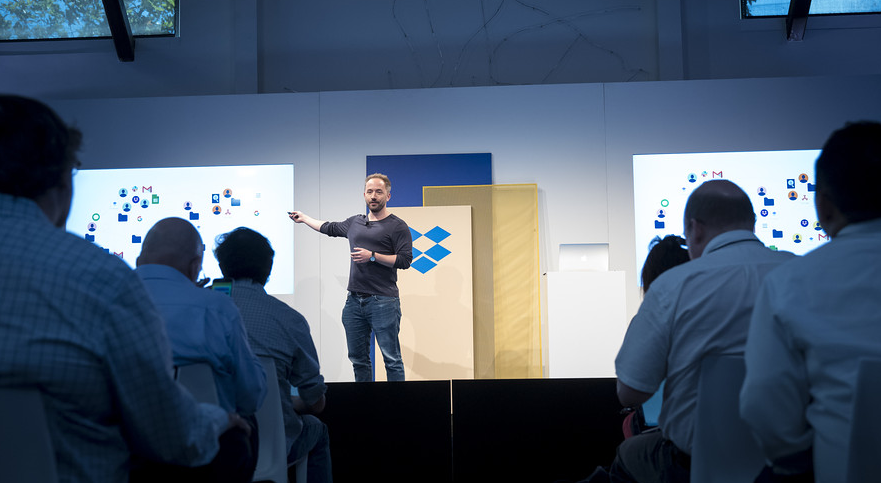 Dropbox announced on Tuesday that it is bringing the biggest redesign in its history. Dropbox partnered up with Zoom, Slack, and Atlassian for new integrations. The new Dropbox allows users not only to store and share files but the cloud storage company’s new service also encompasses tools like Slack, Zoom and Google G Suite. “It’s the biggest change we’ve ever made to our product,” Dropbox CEO and co-founder Drew Houston said at a press event. The company wants to be one of the collaborative tools in your arsenal alongside heavy hitters like Google Docs, Microsoft Office, Slack, Salesforce, Trello, and Zoom.

“Let’s bring this experience into the 21st century, [transforming] from a folder full of files into a living teamwork space with all of your content,” said Dropbox Chief Executive Drew Houston at a press event to announce the new effort. In the new version, the existing menu that pops out from Windows’ tray and MacOS’s menu bar isn’t much different, but it has been retooled to show the files that your colleagues are sharing, editing, and commenting upon: “It’s not just about your sync activity or files that you’ve edited, but what’s going on with everyone in your group,” explains Adam Nash, Dropbox’s VP of product. The menu also offers new sophisticated search which is quite similar to that in the web version, that plumbs the content of files rather than just scanning their names.

Dropbox is no more just a file-storage system but an enterprise software portal, where you can coordinate work with your team.