Microsoft is moving its Edge browser to the Chromium engine which means improved web compatibility for the default browser on Windows 10 but Microsoft’s new Chromium-based Edge suddenly stopped working with Google Meet website, therefore, raising the spectre of the browser battles continuing even after Microsoft adopted Google’s rendering engine. 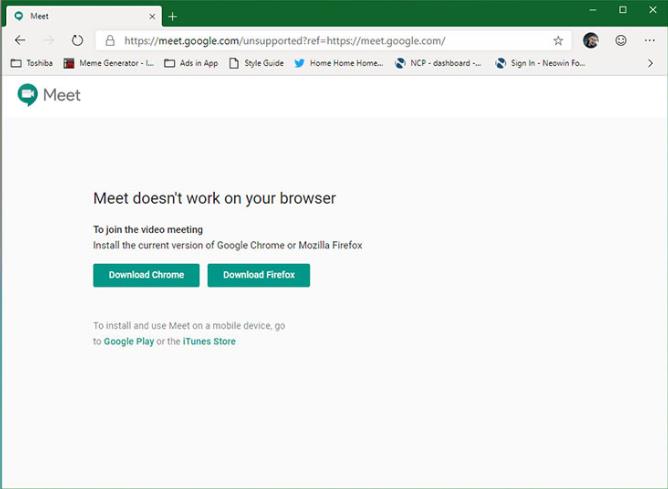 Beta testers found out earlier this week that Google Meet no longer works in Microsoft’s Chromium-based browser, in both Dev and Canary builds. Moreover, as spotted by the folks at Windows Central, changing the User Agent to ‘Chrome – Windows’ makes the page work just fine. To be fair, the same trick works in regular Edge.

Due to the early test phase of Edge with Chromium one could chalk this up to some changes on Microsoft’s end – after all, that is the point of this open testing. However, the error of Meet appears to fall at the feet of Google instead.

How to fix Google Meet:

Since Edge changes its user-agent according to websites and that happens automatically but you can trigger it manually as well. To do that, you will need to follow the steps below. 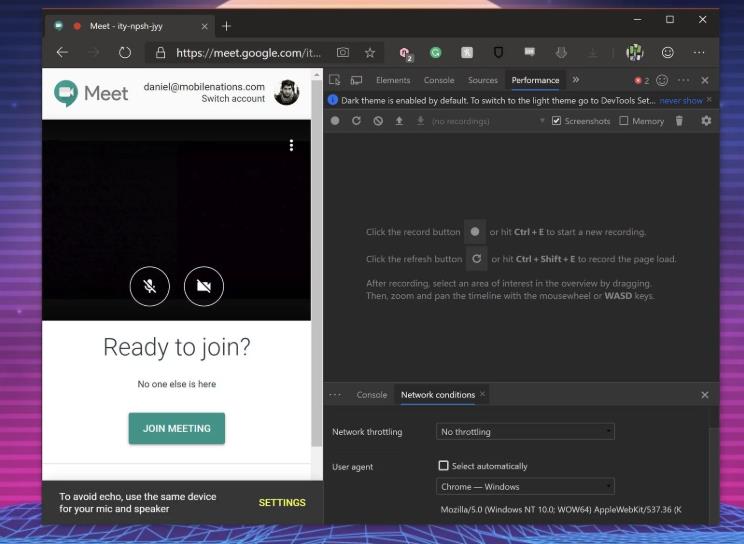 As it turns out, Google will be supporting the new Edge with Meet, and the issue was due to Microsoft changing the User Agent string.