Mozilla has been very strict about enhanced tracking.  As part of its Enhanced Tracking Protection feature, Mozilla is planning on blocking Fingerprinters by default in Firefox 72. Mozilla will release Firefox 72 on January 7, 2020.

Fingerprinting is an art of using the information to correlate with data sets and identify high probability—network services, operating system number and versions, software applications, databases, configurations and more. This technique is different than cookies where a small file saves some data. fingerprinting is done by building a profile of your device based on its characteristics such as the screen resolution, the browser you use, timezone, language, installed extensions, the installed fonts, and your operating system. Cambridge Analytica is an example of fingerprinting. 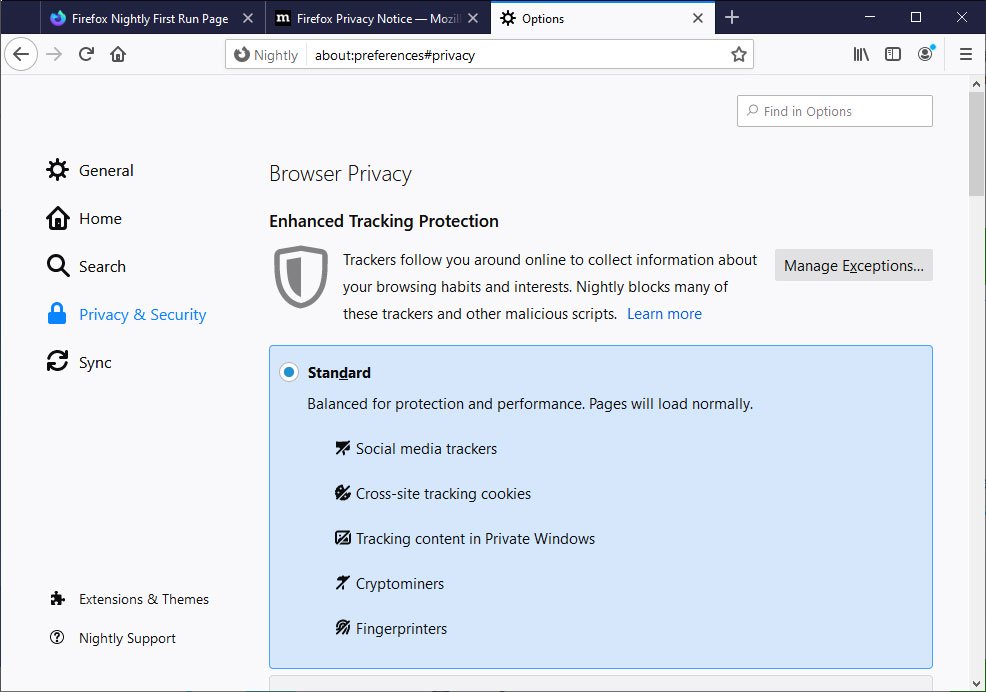 Firefox’s “Strict” and “Custom” presets already included protection against Fingerprinters. Now Mozilla is blocking the fingerprinting by default. The Firefox 72 will have a “Standard” preset to block fingerprinting. Fingerprinting can be blocked in the current version of firefox. to block it, Follow the steps: