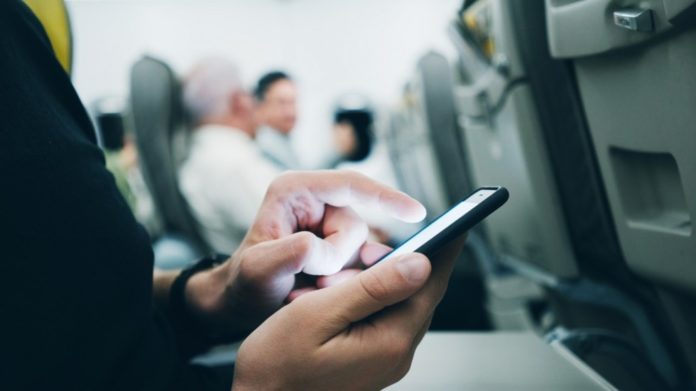 Reliance Jio Infocom has visited the telecom department to acquire in-flight connectivity license, that allows service providers to provide connectivity and data services to Indian and foreign flights, according to sources.

Reliance Jio follows the footsteps of other network service providers including Ortus Communications, Station Satcom and Cloud Cast Digital–applications of which have already been submitted to the Department of Telecommunication (DoT), sources close to the matter told PTI.

Reliance Jio has declined to comment on a questionnaire sent in this regard.

Meanwhile, sources say that the Department of Telecommunication has sought some clarification on some of the applications submitted, including that of Ortus Communications.

The government notified about the rules for in-flight and maritime mobile phone services in December last year and since then various service providers including Bharti Airtel, Hughes Communications India, and Tatanet Services have shown their interest in acquiring the said license.

Most recently, Bharti Airtel subsidiary Indo Teleports Ltd was granted by the DoT with a 10-year license.

By the end of 2019, broadband VSAT (very small aperture terminal) connectivity will be installed on one out of every three commercial passenger aircraft, this number is expected to rise to two out of three by 2026, according to Northern Sky Research’s Aeronautical SatCom Market’s 2017 report.

TRAI had recommended that that Indian and international airlines be permitted to offer voice and data services within India’s airspace, above an altitude of 3,000 meters (about 9,850 feet).

The in-flight network will be offered in the airlines through signals from the nearest antenna on the ground or satellites available in space for internet and mobile communications.

This will allow users to connect their devices to a router on the plane. The signals will then be transmitted via satellites to ground stations which will redirect the traffic to a billing server that will calculate the data consumption.

As air travel continues to rise in the upcoming years, along with the passengers’ demands for broadband connectivity, the installed base is expected to garner over USD 32 billion in revenue over the next 10 years.