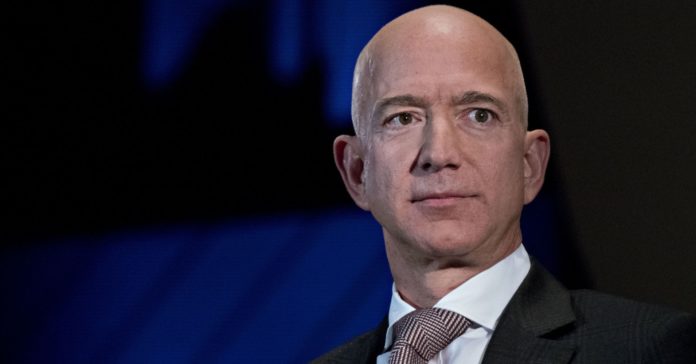 Saudi Arabia hacked into Jeff Bezos‘s phone and retrieved private information, according to an investigator hired by Amazon chief. Bezos’s investigation team has come to this conclusion, “with high confidence”, that Saudi Arabia accessed Amazon chief’s phone. Gavin de Becker, the leader of the investigation team, pointed out a number of factors leading to the conclusion. Notably, he also refuted Enquirer’s claim that the brother of Bezos’s lover Lauren, Michael Sanchez, was the sole source of information.

“Our investigators and several experts concluded with high confidence that the Saudis had access to Bezos’ phone, and gained private information,” de Becker wrote. He said he had provided US authorities with his findings.

The Saudi embassy in Washington did not immediately respond to the request for comment.

The allegation comes roughly after two months after Bezos accused American Media Inc, which owns The National Enquirer, of attempted extortion. Bezos wrote a lengthy Medium post accusing AMI of threatening to publish intimate photos of him and Lauren Sanchez, an actress, unless said the publisher wasn’t “politically motivated or influenced by political forces.”

In his post, Becker said it was unclear how much, if anything, AMI knew about the alleged Saudi hack.

In a statement, an American Media spokesperson called de Becker’s claims “false and unsubstantiated,” adding that Michael Sanchez, Lauren’s brother, was the only source for the company about the information on the relationship. “There was no involvement by any other third party whatsoever.”

AMI has insisted on its statement that it “acted lawfully” in reporting Bezos, while Saudi Arabia has denied involvement in both Bezos incident and bin Salman’s involvement in Khashoggi’s murder.