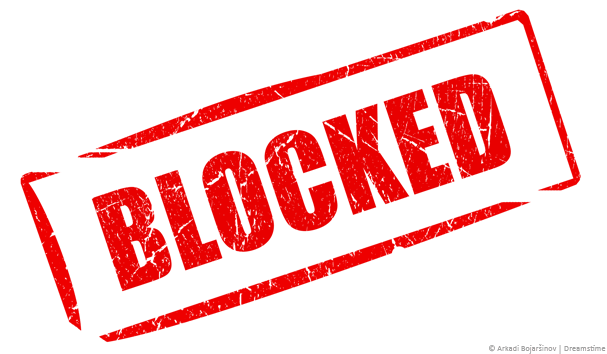 Internet Service Providers(ISPs) are now blocking websites like Reddit and Telegram in India. Internet Groups advocating net neutrality say that websites such as discussion board Reddit, messaging service Telegram and comedy site College Humor were blocked for intermittent periods in some parts of India. This blockade raises some serious questions on the enforcement of net neutrality rules. Restrictions on “torrent sites” that offers free movie and music downloads are routine in India to prevent copyright infringement.

But in recent months, websites such as the discussion board Reddit, messaging service Telegram and comedy site College Humor have been blocked for intermittent periods, often for days and only in some regions, surprising internet users. When The Indian Wire tried to access CollegeHumor.com on Thursday a message read: “Your requested URL has been blocked as per the directions received from Department of Telecommunications, Government of India.” However, Telegram and Reddit websites were available. “It’s not making any sense, what’s happening,” said Apar Gupta, executive director at the non-profit Internet Freedom Foundation (IFF).

“A lot of these blocks are also happening in such a way that no notices are displayed,” Gupta said. The news agency also approached Bharti Airtel to know whether they have blocked any of the three websites, the telecom provider said in a statement it “supports an open internet” and does not block content unless directed by authorities. However, it did not clarify whether it was currently blocking any websites.

According to a letter to the Telecoms Department sent by Internet Freedom Foundation (IFF), “Since January, there have been at least 250 reports of websites blocked on networks operated by Jio, a unit of Reliance Industries, Bharti Airtel and Hathway.”

The Telecom Regulatory Authority of India (TRAI) had recommended restrictions on service providers from entering into agreements which lead to discriminatory treatment of content on the Internet.