The government has made some plans to regulate social media in the country to prevent misuse of the internet.

Fearing that miscreants may exploit the internet as a tool to unleash “unimaginable disruption to democratic polity”, the Union Government submitted an affidavit in the apex court of the country stating that a new set of regulations may be in place by January-end.

Times of India also reports that the government is continuously talking to the authorities of various social media platforms, internet service providers, and search engines to arrive at the right set of guidelines.

The government felt the need of the extant rules to keep an eye on flaws occur behind the internet and the Ministry of Electronics and IT wrote in its affidavit that they are looking at introducing the reforms as the government “felt that the extant rules (are to be revised for effective regulation of intermediaries keeping in view the ever-growing threats to individual rights and nation’s integrity, sovereignty, and security”.

As the number of social media users have increased rapidly in India in the past few years, following the availability of lower internet tariffs, and deeper market penetration of smartphones.

They claimed that though this has pushed economic growth and development upwards, it has also increased hate speeches and their reach exponentially. It has also disrupted public order and anti-national activities through fake news and related activities using various social media platforms.

Also read: Indian Government to put a check on WhatsApp to trace the origin of fake news with digital fingerprints

The top court has sought a definite timeline from the government with respect to the completion of the process to notify the rules. It further observed that “various content shared on social media are harmful and can incite violence, or even question the sovereignty and integrity of India”.

The Supreme Court also added: “In such a case, it is imperative that there is a properly framed regime to find out the persons/institutions/bodies who are the originators of such content/messages. It may be necessary to get such information from the intermediaries.” 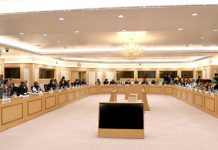