I have been active on upwork for a few weeks, offering my expertise in various domains. However, within less than a week of my upwork debut, I had the horror of my life, which started with an email I received about upwork account suspended. The subject line read as

“Upwork Help Center: Your Upwork Account has been suspended.”

Another frustrating part is that upwork team never discloses the reason why your account was suspended. They leave it upto you to figure out.

Once my account was suspended by upwork’s quality team, I had no idea of why it happened and if there was any chance to get my account back. I had just finished my first ever job on upwork and the payment was still pending with upwork (upwork takes 5 days to release the payment to your account after the client has paid to ensure security on the part of the client). I searched online, read tens of articles and not one article was able to give me an exact reason as to why my account could have been blocked. Because, according to me, I did everything right and even completed a project in less than a week with an amazing feedback. 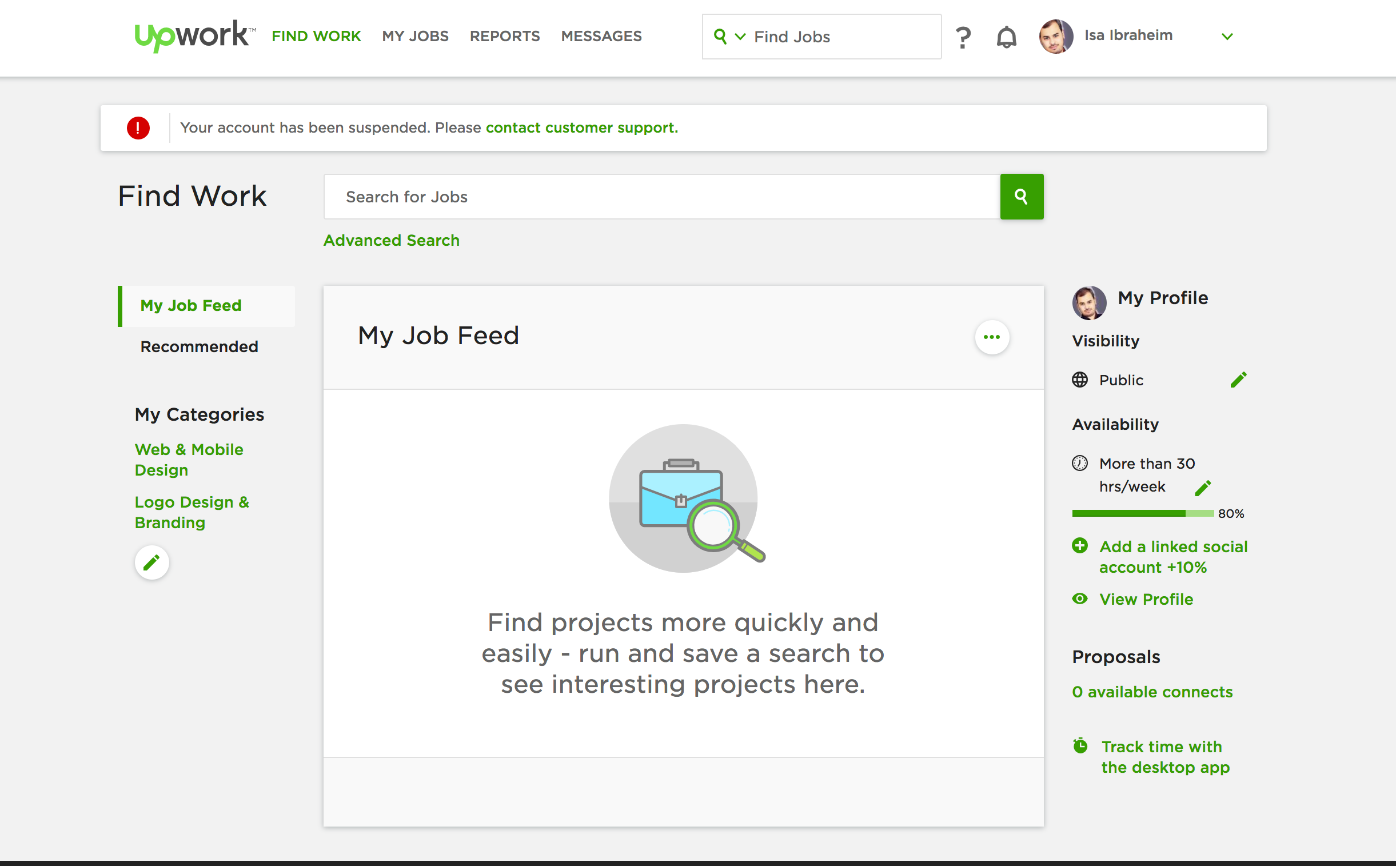 I did my research on Quora, various forums and even the upwork community and figuure out the major reasons, which are responsible for the suspension for upwork accounts in majority of the cases. I have discussed some of them right below

One of the good/bad things about upwork suspension is that the system does not give you a reason when the account is suspended, however, you can appeal against it to the upwork community center. So first of all, you need to figure out why your account was suspended. At times, it is also possible that your account was wrongly picked by upwork algorithm and you didn’t necessarily commit any mistake.

If you are sure that you did not make any unpardonable mistake with your upwork account like having multiple accounts or accepting payment outside the system, you can reach out to upwork support center with an explaination requesting them of reconsidering the suspension. Upwork might take days or weeks to reply to that, so make sure not to send hourly or daily reply. If it is taking a long time, you can simply leave a reminder to bring your case up in the system.

If things go your way, you will get the account back.

So I signed up for an upwork account last month to try and figure out if I could use my free time after office hours to earn some extra money. Things were good until that fateful email telling me that my upwork account has been suspended. I had no clue of the reason and keeping my calm, I simply replied to upwork support on the thread that they created.

I stated in my reply that I am new to upwork and knowingly, I did not violate any of the terms. However, even if I had violated something unknowingly, I’d make sure not to repeat that again. I also wanted to know the reason why my upwork account suspended.

So my experience ended up just fine as I was able to get my account back in just a few hours. However, you might not be that lucky, so always ensure you follow the best practices while on upwork and create a community which is of benefit to everyone.

Do share your thoughts in the comments section and let’s discuss.