Youtube display views count take Indian traditions. Views transfer from millions to lakhs and K to thousand. The change is currently visible only on the Android app but will likely make it soon to other platforms. The company has not commented on the change.

The lakh-and-crore traditional number system in India leads to an interesting dilemma for all services that communicate to the public. Be it video services like YouTube, advertisers or the news media. 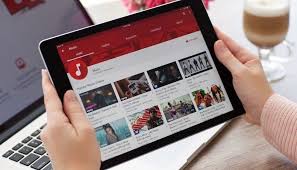 This even as an increasing number of Indians have become increasingly comfortable with the million-and-billion usage that is pervasive the world over.

The CNBCTV18.com style sheet dictates that all numbers be represented in million and billion units (unless they represent rupees, in which case they are put in lakh and crore).

Listed companies in India have mostly all adapted a million usages. Through, sites like BSE display the option for users to quickly switch between lakh and million and so on.

Still, many Indians aren’t amused by YouTube’s latest ‘localization’ efforts, not least because the app seemingly doesn’t offer the user the option to set their preference.

Many have taken to Twitter and Google’s support forum to voice their views on the change.