Apple iOS 13 is available from 19 September 2019. The iOS 13.1 that come with the additional software updates will be available on 30 September. Let’s have a look at how the iOS 13 works. The new feature that came with iOS13 are its Dark Mode, Maps, and some major improvements in photos.

“iOS 13 introduces a bold new look, major updates to the apps you use every day, new ways to help you protect your privacy, and improvements across the entire system that make your iPhone even faster and more delightful to use,” Apple said this statement while launching iOS 13.”

The Dark mode will protect your eyes as it feels easier on the eye. The background is a true black, not a very dark gray, and it looks particularly great on the OLED panels of an iPhone X or XS device. Apple has managed to support dark mode in all of its major apps in time for iOS 13.

Dark mode theme can be used in two ways ones that toggle and switches between the two modes and another is an automatic function that intelligently flips back and forth based on sunrise and sunset. In general, all the dark-mode-all-the-things fans will be happy with the permanent toggle.

The new Photos app is probably the best part of iOS 13. Apple in its iOS 13 made two big changes: First one is that it completely overtakes the old the design of the Photos apps by making it much easier to flip through your years of accumulated photos, and the second one is it added a severe set of editing tools for both pictures and videos that will probably put a bunch of third-party apps out of business.

With the help of simple change in its design you can view of all your photos for the day, month, and year, Apple is switching to a more useful view that curates your best shots for that time period. If you want to have a deep drive into memories select a given year in the year tab, and you’ll jump right to the month tab at that exact location. Tap in on the month you want, and you’ll flip to the curated “days” mode, which selects the best pictures and videos. Tap in on days, and you’ll head to a view of every single picture taken on that date. The whole thing is super fast, even when jumping back years, and it’s a far nicer way to peruse pictures.

iPhone XS, XS Max or new iPhone Pro users get some Portrait mode upgrades. Now you can easily adjust Portrait mode settings after the fact, which is kinda cool if you like to experiment with your photos, but probably isn’t as big of a deal as Apple’s made it out to be.

Apple is really focusing on its Map feature and is trying to give a tough competition to Google Maps. In its iOS 13, there’s a new Google Street View-like feature that lets you look around real-world locations, although it’s not even close to being as comprehensive as Google’s version. Apple has a new standard for its base maps, which are more accurate and have better data for things like roads, beaches, parks, buildings, and more.

With the new map, feature explore cities with an immersive 3D experience that lets you pan around 360 degrees and move seamlessly down streets, you can also build lists of local must‑see spots and places you want to visit on your next vacation and share them with friends. 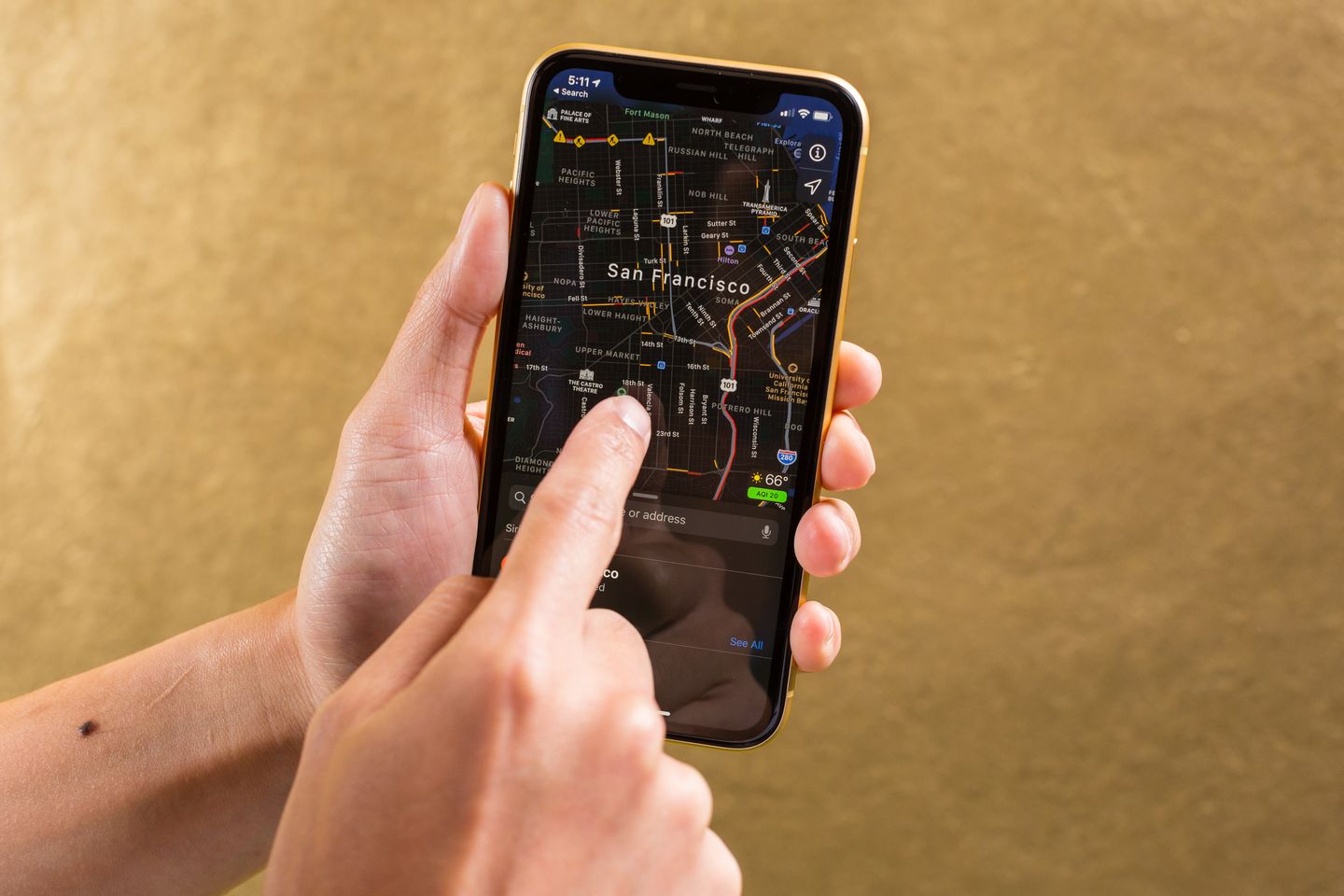 Apple is also increasing privacy with iOS 13 by adding features like the option to control the location data shared with apps. There’s also a new Sign in with Apple option, which lets users sign in to apps and websites using their Apple ID or unique email address that Apple creates. This gives users the option of hiding their email address with a particular app.

Apple has introduced all‑new CarPlay Dashboard for a simplified view of the road ahead it will be keeping track of your tunes and turns, new smart Siri suggestions help you open the garage door when you’re near home or remind you of your next Calendar event.

Faster Unlocking iOS 13 is even faster than iOS 12. For example, Face ID now unlocks up to 30 percent faster with faster App launching the Apps will launch up to 2x faster than before and be smaller in download size.

New Memoji customization: The iOS 13 give you a way to make your memoji one in a trillion with new hairstyles, headwear, makeup, and piercings.

Memoji stickers: Memoji automatically become sticker packs that live in your keyboard. So you can use them in Messages, Mail and third‑party apps.

Share your name and photo: Control how your friends see you by choosing the name, photo or even Memoji they see when you contact them.

With iOS 13 comes an all‑new Reminders app that makes it easier to create reminders with smart lists, powerful Siri intelligence and more.

Quick toolbar: Use the new quick toolbar to add times, dates, locations, flags, photos and scanned documents to your reminders.

Smart lists: Smart lists are more helpful, automatically organizing your reminders and grouping them by Flagged, Scheduled and Today.

The Sign-in with Apple into apps and websites by using Apple ID gives you quick and easy access. No filling out forms or creating new passwords. Just tap “Sign in with Apple”, use Face ID or Touch ID, and you’re all set.

Apple will never track or profile you when you sign in with Apple. The most information you’ll have to share with an app or website is your name and email address.

With new iOs 13 update, you can announce messages with Siri. Siri can read incoming notifications from your messaging apps to your second-generation AirPods when you can’t reach for your phone.

Audio Sharing: Pair two sets of AirPods to one iPhone and enjoy the same song or movie along with a friend.

WhatsApp “Delete for Everyone” feature fails for iPhone users as they can still see deleted media files
iOS 13 rolls out with a feature to connect with Xbox One, PS4
Comment