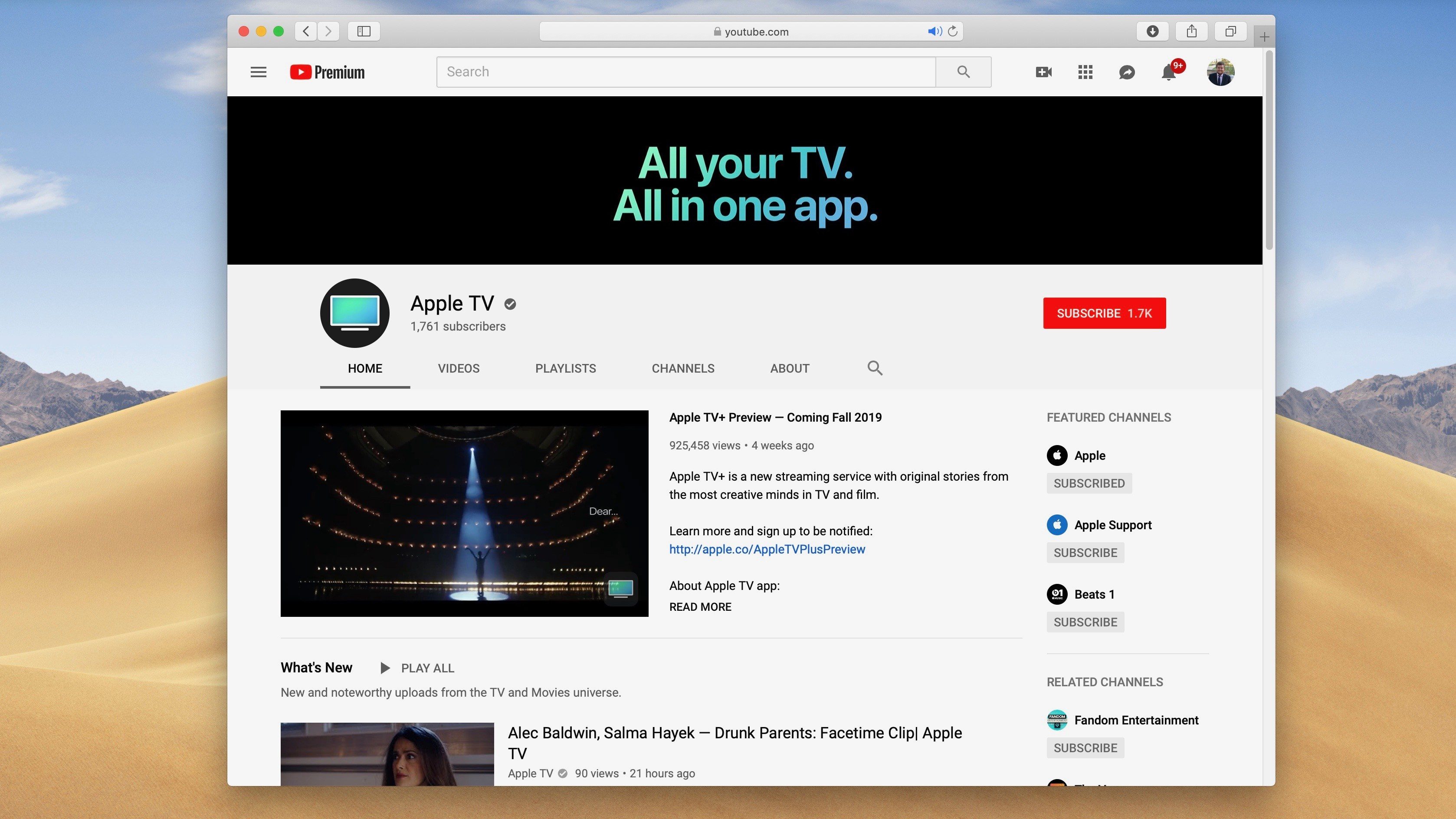 Apple has currently launched a new YouTube channel that is dedicated to its TV app ‘Apple TV’, offering up trailers, behind the scenes commentary, interviews, show clips, and more.  Apple seems to have silently begun a new YouTube channel namely “Apple TV,” apparently laying the groundwork for this fall’s Apple TV+ launch. So far every video on the channel appears to be ad-free, which could offer a compelling reason to watch trailers for upcoming films, such as Star Wars: The Rise of Skywalker, through the Apple TV channel rather than a competing channel where ads are commonplace. However, Apple does have an app that offers a similar experience called iTunes Movie Trailers so it will be quite interesting to see if that app eventually goes away.

Quite a few videos have been uploaded, many of which are labeled clearly with titles such as “Official Trailer,” Interview,” or “Clip.” Also, trailers for many popular upcoming movies are included, such as “The Lion King,” “The Secret Life Of Pets 2,” and “The Joker,” along with clips and interviews from “Game of Thrones,” “Veep,” and many more.

Several playlists organize clips around themes like “Indie Exclusives” and “Hot Trailers.” The presence of third-party content may suggest that Apple might be using this channel in order to sell purchases on iTunes, not just Apple TV+ subscriptions.

Apple hasn’t said to what extent will the TV+ carry licensed material, instead it is preferring to focus on original shows such as its “Amazing Stories” reboot and “See” starring Jason Momoa. That will dictate pricing and whether or not Apple will compete directly with services like Netflix, Hulu, and Prime Video.

As Apple’s redesigned TV app launches next month as part of tvOS 12.3 and iOS 12.3, and we draw nearer to the launch of Apple TV+ this fall and it will be interesting to see what kind of content Apple really funnels through this new YouTube channel rather than the TV app itself.