The Indian Wire » Miscellaneous » Bangalore – Not the Lake City anymore 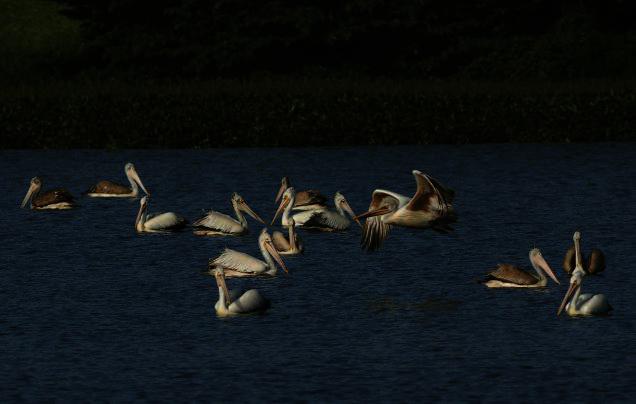 Bangalore!! Once popularly known as the “city of lakes” or Lake City, is slowly losing this onerous title.

Bangalore!! Once popularly known as the “city of lakes” or Lake City, is slowly losing this onerous title.

For decades the city had been blessed with several water bodies and fulfilled the water needs of the city dwellers day in and day out. These lakes have continued to help mankind and maintain the eco-system.

In the second half of the 20th Century, it was recorded that there were 262 lakes in the city but a satellite report in 2003 showed that there are only 18 lakes left in Bangalore which are in good considerable shape. Even these lakes are not completely clean, most of them are infested by weeds and heaps of garbage. Nearly 90 percent of the lakes in Bangalore have been dried up and converted into various institutions. NGV sports complex, Majestic bus-stand, KGA golf-course, all these places have been made by filling in lakes.

Unfortunately, with the passage of time and rapid urbanization there has been a severe drop in the water level in the lakes as well as underground water. Researchers have concluded that population too has a major part to play in this rapid depletion of water levels. Apart from the increase in the demand for fresh water used for drinking, there has also been a rise in the water needs for activities such as irrigation, harvesting, etc.

A lake is not just a lake. It is an ecosystem in itself, having several food chains revolving around it. Hence, it helps maintain diversity in an area and adds value to the ecosystem. Also, it increases the aesthetic value of the place with its scenic beauty, being a sheer delight to one’s sight. In addition, it maintains a peaceful and calm ambiance due to the presence of water. The temperature in the surroundings is also relatively cool due to its presence.

Another important role played by lakes is that they allow for percolation of water into the ground, hence helping maintain the underground water levels. Thereby, the decrease in the number of lakes also has an adverse effect on the water table. And not to forget, the role they play in tourism. The locals around lakes often use it to dump garbage, threatening its very existence. This also chokes all the life in it and pollutes it beyond repair. The need of the hour to rescue these salient water bodies is creation of awareness among the people.

Though Bangalore Development Authority (BDA) has proposed a plan to rejuvenate 78 lakes in the city, we still don’t know how far the plan will be successful.

Today, Bangalore has a handful of freshwater lakes and water tanks, the largest of which are Madivala tank, Hebbal lake, Ulsoor lake and Sankey Tank.

We still hope to get a greener, cleaner and better Bangalore. But don’t forget to do your bit! Kudos to the ones who are already working on it!!

Someone rightly said that if you want to see the change, then be the change…….