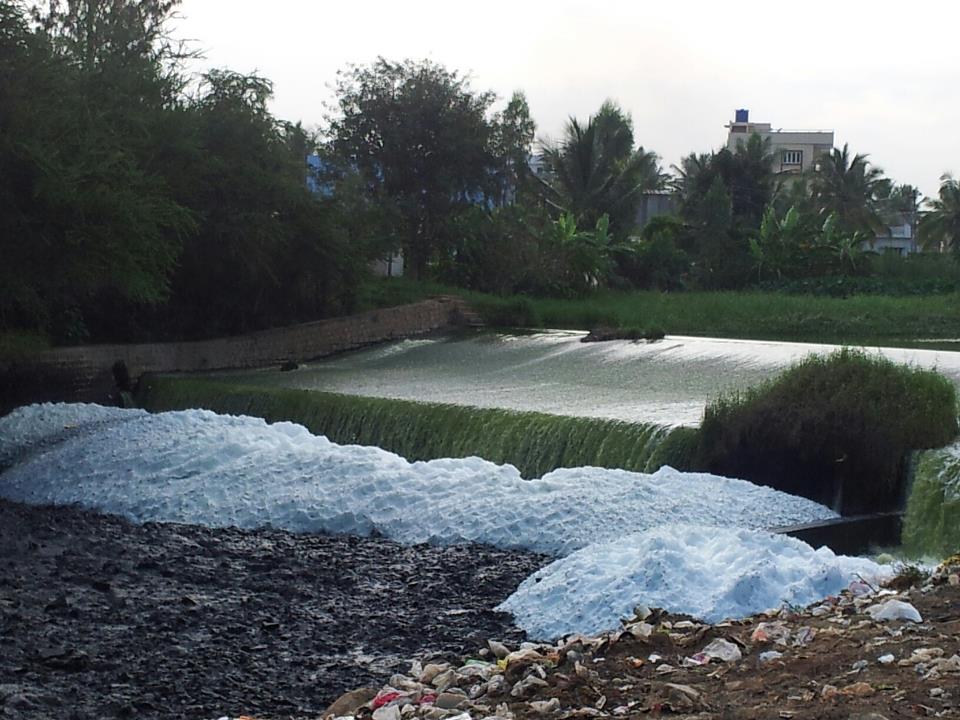 Bellandur lake is one of the largest lake in the city, yet it couldn't be saved from the inhumanity of the mankind. Lets prevent further damage to it!

Bellandur Lake is the largest lake in the city. It is a part of Bellandur drainage system that drains the southern and the southeastern parts of the city. It forms a part of Ponnaiyar River Catchment and water from Bellandur flows to Varthur Lake, ultimately joining the Pennar River.  Earlier, the lake was a source of water for various indigenous animals which is now invisible due to various construction projects and dumping of garbage. There is a depletion of wild life and species such as king cobras, kingfishers, kites, Wood pigeons etc; resulting a great loss to the city. Mankind has always gone against the nature for personal benefits, unaware of the consequences.

The result is such that there is an imbalance in the Eco- System. The land around the lake has been used as dumping ground for the household waste, resulting in the accumulation of germs and multiplication of mosquitoes. The industrial units also found it suitable to dump their chemical wastes. The government took several initiatives to save the lake, but all in vain as the citizens refused to cooperate, forcing Government to enforce Law & Order. Thus a stay order was issued by the National Green tribunal, Southern Zone, Chennai on building activities in the vicinity of Bellandur Lake.  It was recently found out that, these orders have been ignored and heavy machines were used to proceed with the construction work. This is an act of uncivlization. There has been a lot of discomfort to the residents of that locality. Its time to ban the projects initiated by Mantri Techzone Pvt.Ltd., Goyal orchid Lakeview and Coremind Software Pvt. Ltd. The officials should be on regular visits to these sites to prevent any constructional activity. These companies should also be under court examination which would prevent them from proceeding ahead. They are ignoring  the repetitive warnings given by the court which is a violation of the Law & Order.

We live in an educated society where every citizen is expected to perform its duty. If the Cash flow is more important than our Mother earth, we are inviting trouble. Thus, this is the right time to save the Lake and those remaining species who are longing for their life. Urbanization is acceptable but not at the cost of imbalance in the ecosystem. Nature has its own way of throwing things at us. Tsunami, earthquakes, floods are all the rage of Nature, signaling the mankind not to go against it.

Posh Areas of Bangalore!
The 20 facts about Bangalore
Comment