The Indian Wire » Miscellaneous » Story behind the barking Bangalore! 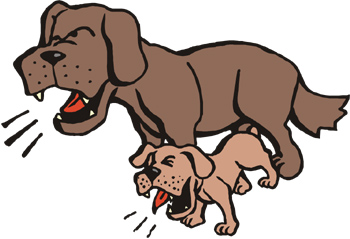 This article is to enlighten the generic masses about the street dogs of India in general and Bengaluru in particular.

Bow Vow Vow – For a typical Bengalurian this either reminds him of the menace of street dogs or the beautiful voice of his loyal and friendly companion. Now how can we change the former perspective to the latter. Lets dive into the actual problems and irrational beliefs, solving which we can achieve the change.

Bengaluru has a lot of street dogs and lot more great organizations helping to get them adopted. But why are many people unwilling to adopt them? Well its mainly because they are street dogs and also that maintaining dogs are difficult. Now lets see how we can address these issues.

Everyone looks down upon the street dogs because of the simple fact that they are street dogs. There is a perception of them being dirty, dangerous but a slight dive into this topic and you see a whole new picture to it. Street Dogs are not a breed which are dirty, dangerous and so on. They are just animals of the native land which people did not adopt and support as civilization grew. Say breed dogs like Dalmation, German Shepherd, Saint Bernard are nothing but native dogs of Croatia, Germany and Switzerland respectively. If they had not been adopted and nurtured they would have ended up as street dogs of the respective countries as well.

Guys, now don’t tel me the breed dogs were bred for a specific purpose such as hunting, guarding  or games where as Indian dogs don’t qualify for any of that. Well let me just clear out that wrong perception. Indian dogs are

If you want more proofs to this, have you ever heard of Mudhol hound? This breed of native India is a wonderful hunting hound breed which is elegant, graceful, loyal and courageous. The only difference is, this was not left to the streets but bred.

Almost all of us want to have a spark of bark in our lives. Being an animal lover especially that of dogs I came with an idea to encourage having pets, the practicality of which i am not sure.

Well, there  is a solution to all these. Form a group of friends preferably in the same area and adopt a dog/puppy together. Make it a point that in the first 6 months or year the dog stays in each house for 2 days atleast so that it gets acquainted to each house and family. Later each person in the group can keep it at will.

In this way it will be easy to maintain and spend time with the dog as well. You can also have your freedom by leaving your dog in the other persons house when u go out of station. Most importantly you enjoy the love and loyalty that you get from a DOG which you cant get anywhere else.

The more the Indian dogs are adopted the more they are happy…..oh by “they” i mean people who adopt them.
yours loyally

Disclaimer: Most of the photos and information provided are got from and subjected to the copyrights of respective sources obtained through Google search and are not owned or copyrighted by publisher.