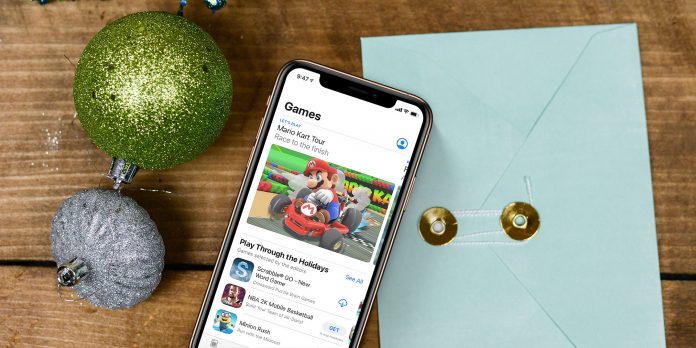 App users have spent around $407.6 million among Apple’s App Store and Google Play on mobile apps and games globally during Christmas 2020 in comparison to 2019, as stated by Sensor Tower. The report says that the mobile spending on this year’s Christmas which has 4.5 percent of the month’s total spending, reached around $9 billion globally from 1st December to 27th December.

Sensor Tower said that consumers around the world spent around $407.6 million among Apple’s App Store and Google Play according to the preliminary Sensor Tower Store Intelligence estimates. The figure represents 34.5 percent year-over-year growth from around $303 million in 2019 and almost 17 points higher than the growth experienced in 2019 when spending increased 17.7 percent year-on-year.

Also, Sensor Tower added that people decided to spend more on mobile games which grew up to 27 percent from $232.4 million on Christmas 2019 to $295.6 million in 2020. Across all mobile games, Tencent’s Honor of Kings was at the lead in this category with around $10.7 million in consumer spending and growing up 205.7 percent year-on-year from $3.5 million at the same day in 2019. Along with this, non-game apps were favourites for consumers in Christmas 2020 who spent $112 million. This is 59 percent increase from $70.5 million in 2019.

On the other hand, entertainment apps were able to generate most revenue outside of games on Apple’s App Store and Google’s platform. Entertainment apps were able to reach $19.3 million or 21.8 percent of all non-game spending at App Store and the category was able to generate $4.3 million or 18.5 percent of all revenue on Google Play. Despite being in the news for being banned in many countries, TikTok was the leading app in terms of consumer spending and was able to generate $4.7 million globally in revenue on Christmas 2020.