Android Auto is a mobile app mainly for drivers who just want to get into their car and have the infotainment system work seamlessly with their Android phone. Google ahead of the company’s I/O developer conference this week announced that it is giving Android Auto a complete redesign which will be rolling out starting later this Summer.

Google launched Android Auto back in March 2015 which is a mobile app that mirrors features from your Android device to your car’s in-dash entertainment head unit. Since its launch, Android Auto has expanded to support more than 500 car models from 50 different brands. Android Auto has had the same basic design since it launched with a few tweaks here and there over the years. However, Android Auto is now getting a huge redesign that completely remodels the platform for the first time.

As soon as you start your car, your music will start playing automatically and your favourite navigation app will show up. This is particularly useful if you’re in a rush, as it saves having to load each app individually. Drivers can tap on a suggested location or say “Hey Google” to navigate to a new place. Android Auto now also maximizes your display to show you more information provided you have a much wider screen. The user interface now has a new, sleek Dark Theme.  The colored accents and fonts will stand out against the black background, and improve the visibility of the interface. Google says:

“We’re evolving Android Auto’s design to fit in better with your car’s interior. A dark theme, coupled with colorful accents and easier to read fonts, also helps improve visibility… If you have a car with a wider screen, Android Auto now maximizes your display to show you more information, like next-turn directions, playback controls and ongoing calls.”

Google says that this new redesign to Android Auto will be rolling out later this Summer. 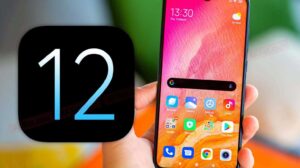