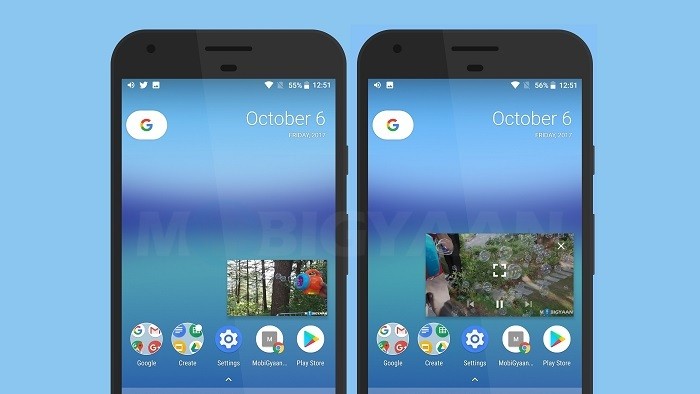 YouTube introduced the picture-in-picture (PiP) mode initially to the Premium users, while later the feature was rolled out to non-premium users in the U.S.

Now, according to a report by Android Police, YouTube’s PiP mode is rolling out to non-premium users in Italy, which leads us to speculate that YouTube will be rolling out the feature to more markets, including India.

The PiP mode only works on Android devices running Android 8.0 or higher and can be enabled through the general settings menu in YouTube’s Android app.

For those who are unaware, PiP mode allows users to watch a video in a small window while texting or using another app. This will allow users to watch a video while multitasking simultaneously. According to the report, the feature is available because of a server-side change specific to the U.S. Becuase of this, users who are running an older version of the YouTube app are still able to enjoy the PiP feature.

YouTube for Android has a toggle which ensures that users switch the picture-in-picture mode on YouTube app as well as in the system settings in order for the feature to work properly. Once the toggle is enabled, users can play a video on YouTube and tap on the home button to view YouTube in PiP mode. Not finding the toggle in YouTube’s settings menu means the feature is not yet available for the device.

Moreover, the uploader of the video has the ability to restrict PiP mode on their video. It is turned off for most of the music-related videos.

Google already has Google Play Music and Google Play Movies services in the country and with the launch of the YouTube Music and YouTube Premium, Google is taking on a host of competitors that are already available in India. Notably, YouTube Music has been expanded to India just a few days after the launch of Spotify, which was involved in a legal dispute with Warner Music over licensing rights in the country.

YouTube says that YouTube Music will be available both as a standalone mobile app and a Web-based desktop interface that is designed for music streaming. The service offers original songs, albums, thousands of playlists, and artist radio as well as YouTube’s own catalog of remixes, live performances, covers, and music videos.