The Indian Wire » News » Aadhar is must for opening of bank accounts. Know Why ? 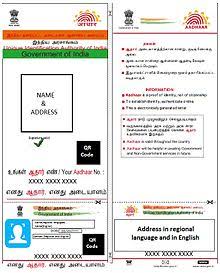 The Unique Identification Authority of India (UIDAI) that issues Aadhaar cards said that the 12-digit biometric identifier would be needed for opening new bank accounts or applying for Tatkal passports.

The deadline extension brings relief to people getting messages from service providers, including banks and mobile phone companies, reminding them of the linking they have to do.

“As per the Supreme Court’s order dated 13th March 2018, the requirement of Aadhaar for opening new bank accounts and applying for Tatkal passports under the relevant laws continues,” UIDAI said. It added that “for those who do not have Aadhaar, are required to apply for it and provide the application number while applying for availing aforesaid services.”

Why is it Important to have Aadhar ?

Aadhaar program was launched with a main objective to provide universal identity to every Indian resident. People can now get the card with much ease as its acceptance as a mandatory document for various initiatives has been officially made. In addition to this it will help in reducing the corruption since every individual carries only one unique number.

Considering the increasing acceptance of Aadhaar card it is must for everyone to get it issued. It is believed that the card will further be given more importance as more and more government schemes are being launched requiring it as a mandatory document.

Aadhaar letter provided by UIDAI is now acceptable by banks as a valid proof to open bank account. In fact, it can serve both as an address and identity proof, hence avoiding the need to produce bunch of documents to the banks for opening an account.