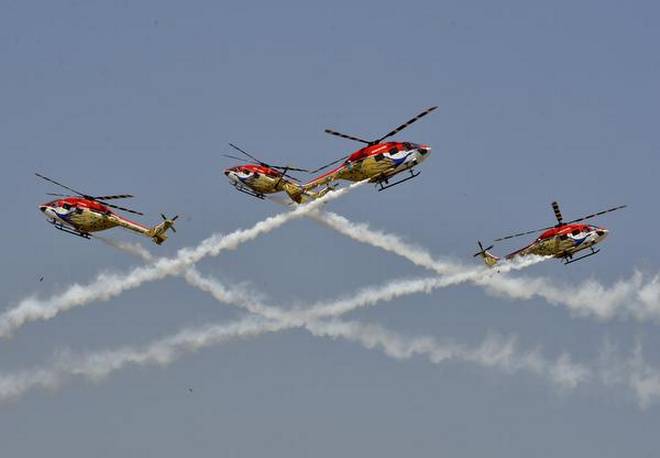 Considered as Asia’s largest aerospace exhibition, last month, Uttar Pradesh Chief Minister Yogi Adityanath had requested the Defence Minister Nirmala Sitharaman to select Lucknow as the venue for Aero India. This request wasn’t received well by several political parties in the state of Karnataka as the state has been hosting the event since the inception of the event from 1996.

“This five-day event will combine a major trade exhibition for the aerospace and defence industries with public air shows. Besides global leaders and big investors in the aerospace industry, the show will also see participation by think-tanks from across the world,” read the statement issued by the ministry.

Countering Adityanath’s request on August 14th Union Minister Ananth Kumar had issued an assurance stating that he had requested to not shift the show from Bengaluru. Similar thoughts were voiced by Karnataka CM HD Kumaraswamy. In his letter to Prime Minister, Narendra Modi, he insisted that there should be no change as  Bangalore would be the ‘best choice’ to show such an event.

Aero India has been held at the Yelahanka Air Force Station in Bengaluru since its inception. Preparations for the grand occasion typically begin a year in advance; but with less than six months to go for the event, reports stated that if it was shifted, the event may not be held in 2019 altogether as such major arrangements within such a short time wasn’t possible.

There were also speculations that the venue for the mega event may be shifted as the defence ministry was examining requests from a number of states including Gujarat, Rajasthan, Odisha, Tamil Nadu.