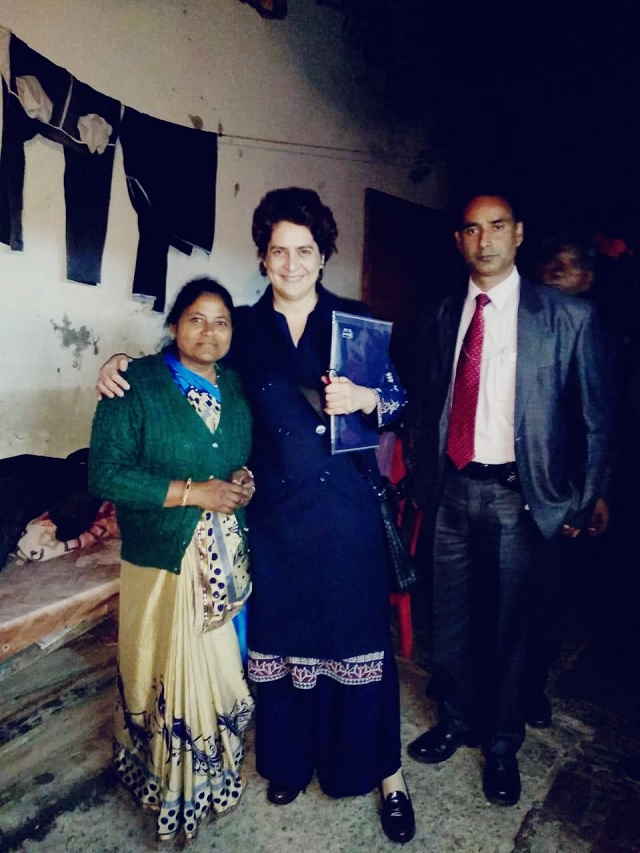 Her entry into politics was announced last month by her brother Rahul Gandhi in a press release. She returned to India on February 4.

The Gandhi scion has begun her march towards the corridor of power in the national Capital. For someone who resembles former Prime Minister and her Grandmother Indira Gandhi, Priyanka wants to ensure that the nation sees her as ‘people’s leader’.

She visited a slum in New Delhi to inspect the living condition of people over there. She also visited a differently-abled boy named Ashish, who she has been reportedly aiding for years now. She met Ashish and his family and enquired about his health.

Ashish’s Father Subhash Yadav said,”she comes every two months, spend time with us and enquires about our well-being. She has been helping us in Ashish’s treatment from last 3-4 year’s, he added.

On Tuesday, Priyanka Gandhi was given an office at the AICC headquarters in the national Capital next to her brother Rahul Gandhi two weeks after she formally entered the politics.

Priyanka also posed with some dwellers there, a clear message to her critics that her main focus is on the common people, people who matters.

Priyanka Gandhi’s entry into politics has created a lot many buzz in the political circles and within the congress.

Priyanka Gandhi will attend the first official meeting of the Congress party after assuming the new role on Thursday.