At present, the average number of people visiting the OPD each day is 9300. This is expected to increase to 10,000 with the inauguration of the new block.

NEW DELHI: The All India Institute of Medical Science (AIIMS) is all set to move its Out-Patient Department (OPD). The new facility would be at Masjid Moth. “Work on the new OPD block is complete and it will start functioning from September,” Dr Randeep Guleria, Director, AIIMS, said in a statement.

The block will also have a high-end diagnostic lab. This will reduce waiting time for the patients. “Most of them would be able to get reports the same day, depending upon the test… the patient would not have to come back to collect the reports,” said Dr Aarti Vij, Spokesperson, AIIMS.

At present, the average number of patients visiting the OPD each day is 9,300. With the introduction of the new block, this number would go up to 10,000.

The waiting time for the OPD consultation will reduce. Many specialities are to become more available to patients. “All these departments will have more space,” Dr. Vij said.

In a reply to a question in the Lok Sabha, the hospital said that it approved new facilities/blocks – Surgical Blocks, National Cancer Institute in Jhajjar, Mother and Child Block, New Private Ward, Burn and Plastic Surgery, Geriatrics Block and New OPD Block. 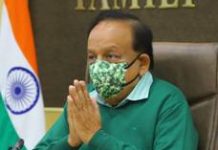 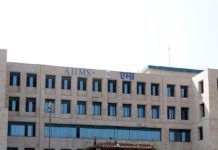