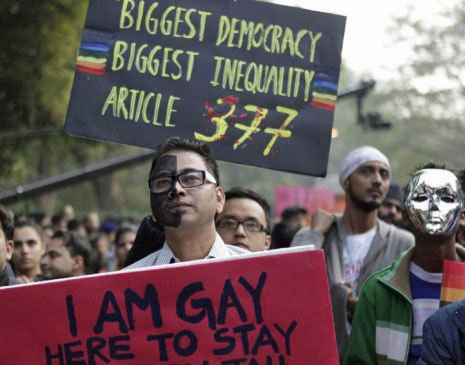 Section 377 has always been up a matter of rigorous debate in India. With the Indian Psychiatric Society as ‘not a mental illness’ but a form of human sexuality which exists in reality, The Muslim Board has publicly announced that it will not oppose the court’s decision.

“We left the matter to the Supreme Court. We will not participate in the Section 377 proceedings,” said AIMPLB member, Yusuf Hatim Muchhala.

Section 377 of the IPC, dates back to 1861. It was introduced during the British era and it criminalizes sexual activities “against the order of nature”, including homosexual activities. Earlier, this month the Supreme Court had stated that it would reexamine the relevance of the 2013 verdict which had went against the Delhi Court’s verdict of decriminazing gay sex. A five-judge Constitution bench headed by Chief Justice Dipak Misra had allowed NGO Naaz Foundation to advance arguments in these cases.

What strikes different is the fact that previously the MusliM Law Board had vehemently opposed the crapping the ban in the Delhi High Court and the Supreme Court. It stated that Homosexuality is forbidden in traditional Islamic jurisprudence and actually amounts to an offence.

While several homosexual individuals still face criticism from the public for thier sexual orientation, the awareness and tolereance is spreading. Various city based groups issue thier own independent magazines and journals to encourage a homosexual individual to feel comfortable with their identities. In Kolkata, for example, Counsel Club would bring out a queer journal called Pravarta . While in Delhi, Muslim online gay community ‘The Queer Muslim Project’ has been initiating talks on the rights, freedom and acceptance of people who are Muslim and gay and providing a safe online space for discussion and clearing of doubts.

“Over the years, we have created an environment in the Indian society which has led to deep-rooted discrimination against people of same sex involved in a consensual relationship and this has impacted their mental health also.” said Justice Chandrachud.

While the old Victorian law has been challenged, it is still for the people of India to wait with a bated breath once the deliberations are over in the apex court.