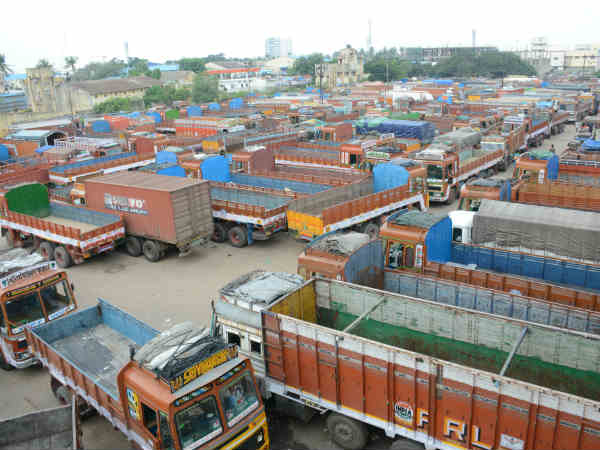 All-India Motor Transport Congress (AIMTC) has decided to go for an indefinite strike from 6 am on July 20. The lorry owners have two primary demands from the government. First, it is to bring diesel under 18 per cent tax slab of GST. Secondly, it wanted the prices to be reviewed once in three months.

One of the demands also includes the Centre to remove the countrywide toll booths beside decreasing the third-party insurance fee, which has been increased three-fold.

AIMTC represents 93 lakh truckers and 50 lakh bus operators. The APLOA, which is a branch affiliated to the AIMTC, will participate in the bandh. Consequently, all trucks in the State will be off the roads. According to Naveen Kumar Gupta, AIMTC secretary general, their biggest grouse is rising diesel prices which have jacked up costs.

“The annual fuel loss of the truck industry due to toll is Rs 1.5 lakh crore. However, the annual toll revenue amounts to only 19,000 crore which is much lower than the fuel loss,” he claims.

Established in 1936, the All-India Motor Transport Congress (AIMTC) calls itself the apex body of transporters. Originally set-up as the Association India Motor Union Congress (AIMUC)it was to avert the deteriorating situation of Transport Industry in the country.

Not only is the strike having a nation-wide impact but even state-wise. The State-level demands include implementation of single permit system between Andhra Pradesh and Telangana, agreeing on the decisions between State government and lorry owners made during 2015 and 2017, ban on ‘overloading of lorries’ and action ‘against consumers who encourage overloading’. They also wanted the government not to implement the ‘driver licence cancellation’ policy in overloading and accidents.

Previously, the truckers under All India Confederation of Goods Vehicles Owners Association (ACOGOA) had proceeded on an indefinite nationwide strike. However, the strike was withdrawn saying the ‘future course of agitation would depend on the outcome of talks with the government. However, AIMTC alleged that the strike was orchestrated by a small section and had no impact.