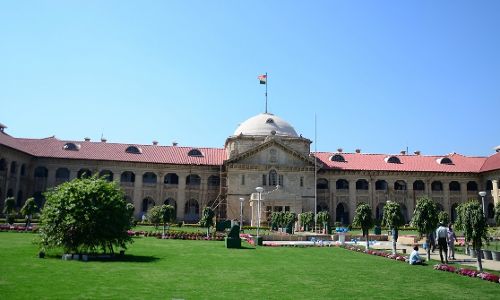 Synopsis: Allahabad High Court has revoked the detention of Dr Kafeel Khan under NSA. He was detained for allegedly giving provocative speeches during anti-CAA protests.

On Tuesday, the Allahabad High Court set aside Dr Kafeel Khan’s detention under the National Security Act (NSA), and ordered his release. While allowing the writ petition filed on Dr. Khan ‘s behalf and setting aside the arrest warrant, the Bench Division of Chief Justice Govind Mathur and Justice Saumitra Dayal Singh stated that the court has no hesitation in concluding that neither Dr. Kafeel Khan’s arrest under the National Security Act 1980 nor the extension of the arrest is sustainable in the eye of law.

The Court further stated that, for the reasons set out above, the writ petition is allowed. The order of detention dated 13th February, passed by District Magistrate, Aligarh and confirmed by the State of Uttar Pradesh is set aside.

The extension of the period of detention of detenue Dr. Kafeel Khan is also declared illegal. A writ in the nature of habeas corpus is hereby issued to release Dr. Kafeel Khan, the detenue from State custody forthwith.

On August 11, the Supreme Court had requested that the Allahabad High Court decide the plea for Dr Kafeel Khan ‘s release within 15 days.

Dr Khan was lodged in Mathura Jail for an allegedly provocative speech in the background of protests against the Citizenship Amendment Act at the Aligarh Muslim University.

While ordering his release today, the Allahabad High Court found that even prima facie, Dr. Khan’s speech does not reveal any effort to promote hatred or violence. It also threatens the city of Aligarh’s peace and tranquilly nowhere. The address gives a call for national integrity and unity among the citizens. The speech also deprecates any kind of violence.

The court said that such failure to supply material infringes a precious fundamental right of a detained person enshrined in Article 22 of the Constitution. The detention of Dr. Kafeel Khan also deserves to be set aside on this count.

Moreover, the Bench found that Dr Khan was not served the orders extending his detention either. The Court, therefore, proceeded to rule that both Dr Khan’s detention and the extension of this detention was unsustainable in law.

Dr Khan’s mother challenged his detention under the NSA Act as illegal before the Allahabad High Court and filed a habeas corpus petition for his release.