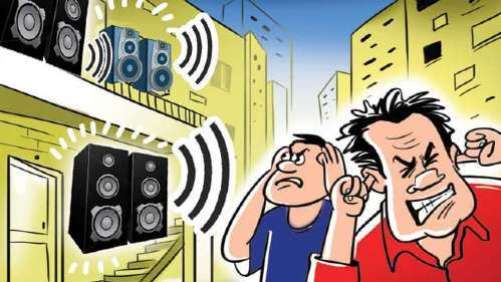 Allahabad High Court directed Uttar Pradesh administration to make sure that none of the noise pollution rules get violated. The Bench was hearing the petition filed by an Allahabad resident, Sushil Chand Srivastava who complained that the LCD screens installed in the vicinity of the city produce sound beyond permissible decibel limits, thus causing noise pollution.

The court ordered the concerned authorities to delineate the cities into industrial, commercial, residential or silence zone for regulating noise pollution in the state. It also asked officials to implement various laws and bylaws related to noise pollution and said that the police station in-charge will be responsible for executing the order.

To curb the noise pollution, the court has also imposed a ban on DJs across the state. The court observed that if anyone is found guilty breaching its directions on using DJ, they will be sentenced up to 5 years and may have to pay a fine of Rs. 1 Lakh.

For the ease of citizens, it further directed the administration to come out with a toll-free contact number for registering complaints related to noise pollution. The complaints can be made through other modes also such as email, SMS or WhatsApp. The Bench ensured that the complainant’s identity will not be compromised.

Allahabad Court has also directed its registry to send its order’s copy to the state Dr. Anup Chandra Pandey (Chief secretary) for its compliance.