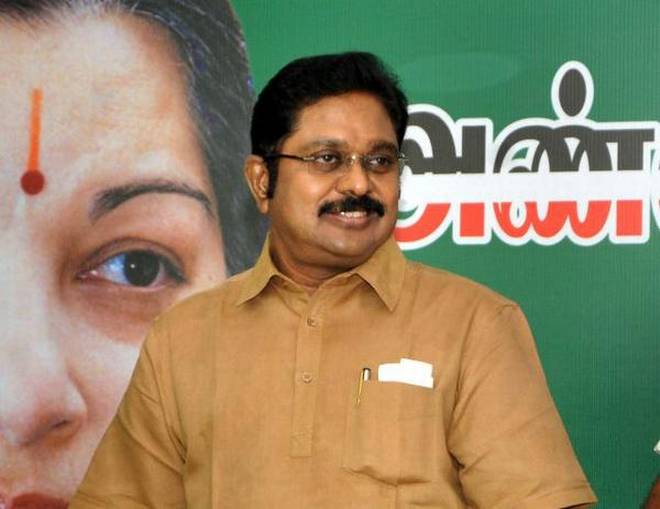 AMMK Chief TTV Dhinakaran on Tuesday said that he is willing to tie-up with any political party to defeat the AIADMK government in Tamil Nadu.

Speaking to reporters, on Tuesday, AMMK (Amma Makkal Munnetra Kazhagam) Chief TTV Dhinakaran said that he is ready to join hands with any political party to defeat the ruling AIADMK in Tamil Nadu. Taking a dig at the CM Edappadi K Palanisamy, he said, ““The chief minister was mocked by the people after coming across an advertisement likening him to a god. They will never accept him as the Puratchi Perunthagai,”.

TTV Dhinakaran broke away from AIADMK and created his new party, AMMK, because of differences between him and the party members. The AIADMK had earlier made a complaint against Dhinakaran to the EC for making false propaganda against the Chief Minister in the disproportionate assets case involving Sasikala. The complaint was filed by AIADMK’s spokesperson RM Babu Murugavel.

“During his campaign in Sulur Assembly constituency on Monday Dhinakaran had made personal attacks against CM and Deputy Chief Minister that violates election rules and procedures set by the EC,” the AIADMK said in a letter to Chief Electoral Officer Satyabrata Sahoo. AIADMK also asked for the banning of poll campaigns by the leader as part of this. He had also taken a dig at Sasikala for making Palanisamy the PM only because he was from Kongu.

BJP forced EC to ban campaigning in WB: Mayawati
Sanjay Dutt out on bail, officials say without the knowledge of centre
Comment