While delivering the speech on the eve of Independence day, Andhra Pradesh Chief Minister YS Jagan Mohan Reddy announced the launch of his government’s new “Village Volunteers System” programme. The Chief Minister addressed the state from IGMS ground in Vijaywada. 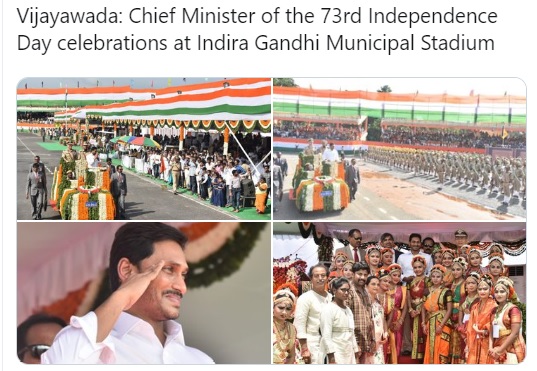 Chief Minister announced the launch of ‘Village Volunteers System’. The scheme aims to take governance closer to people by providing them door-step delivery of basic facilities. The program will involve over 2.8 lakh volunteers to achieve this task. Reddy announced that the scheme will be launched on October 2 (150th birth anniversary of Mahatma Gandhi).

The details of the scheme notify that one volunteer will cover 50 families in each village. The volunteers will be given I-d cards and Rs. 5000 per month for their services. The primary responsibility of volunteers is the identification of beneficiaries and streamlining the schemes for them.

The scheme also provides for setting up for a toll-free telephone number 1902. The contact will be used for registering grievances and this will be set under the direct watch of Chief
Minister Office.

Chief Minister also reminded the public of other welfare measures taken up by his government. From here, he also guarded the decisions of his government to provide reservation in jobs for locals.

‘Amma Vodi’ scheme aims to provide Rs. 15,000 to all mothers annually. The money will be used by mothers to educate their children. This scheme will see its inauguration on January 26 next year.