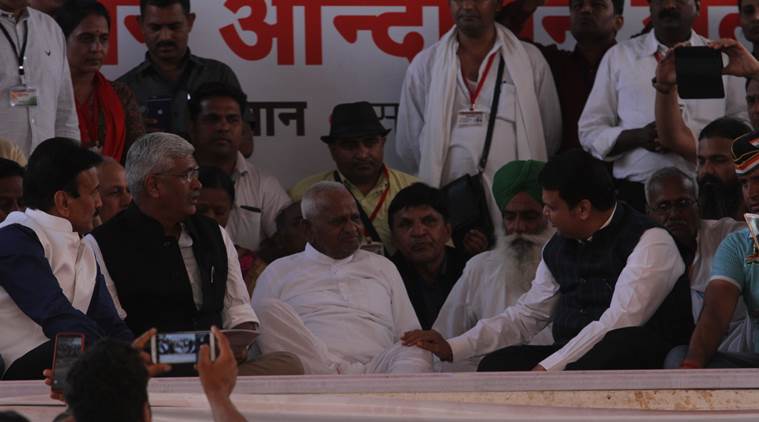 Hazare had been fasting for six days in Delhi’s Ramlila Maidan demanding appointment of a Lopkal and implementation of measures to curb agrarian distress. He had received support in large numbers, forcing the government to intervene and reach out to him.

CM Fadnavis had already tried to pacify Anna by sending his minister Girish Mahajan to have talks with him even before he announced his protest. These outreach efforts clearly failed as Anna decided to go on with his plans and fast in Delhi.

Eventually Fdnavis had to personally reach out to Anna along with Mahajan in Delhi in order to assure him of the government’s intention to meet his demands. They were also supported in this regard by Union minister of state for agriculture Gajendra Singh Shekhawat.

Anna told reporters after ending his fast that he has been assured of all his demands being met by the government within six months. He has warned CM Fadnavis that he will go on an indefinite hunger strike once again in September if the government fails to keep its promises.