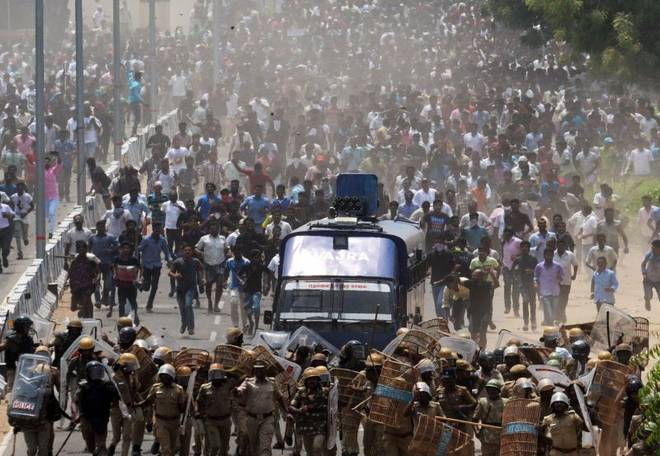 The ongoing protests against expansion plans of copper manufacturer Sterlite’s factory in Tamil Nadu’s Thoothukudi (Tuticorin) district escalated to dangerous levels yesterday after 12 people lost their lives and several others were critically injured due to police firing.

Massive police deployment was ordered by the government after hundreds of protestors gathered on the streets of Tuticorin in opposition to Sterlite plant’s expansion proposal. Although the protests were peaceful in the beginning, they became violent eventually and police personnel even used guns to control the crowd.

Tamil Nadu chief minister E. Palaniswamy has ordered a high-level enquiry into the incident and has said his government will grant compensation of Rs. 10 lakh to families of the deceased protestors.

These protests stem from Sterlite Copper’s plan to expand its local unit to increase production beyond its 4 lakh tonnes capacity. People have opposed this proposal because they feel it will result in several health issues to the local population.

The Madurai bench of Madras High Court took cognizance of the protests yesterday and issued an interim order stopping Sterlite from going ahead with its plans. The court has asked the company to consult the public before thinking of expansion.