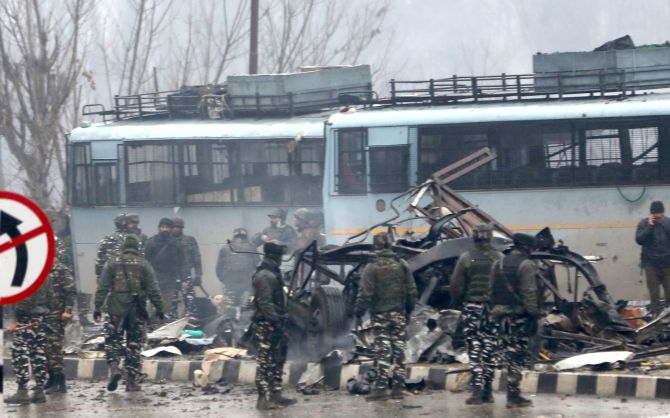 Curfew was imposed in Jammu city on Friday as a precautionary measure after massive protests erupted in the wake of the Pulwama terror attack in Yesterday in Kashmir Valley that claimed lives of 40 CRPF Personnel.

The Army has been requested to help the administration in maintaining law and order and conduct flag marches, officials further informed.

Curfew was imposed as authorities in the valley feared a communal backlash, Official said in a release. We have imposed curfew in Jammu city as a precautionary measure,” Deputy Commissioner of Jammu Ramesh Kumar said.

According to officials, there was complete Shutdown in Jammu city and there was no traffic on roads and all shops and markets were closed.

Jammu city was rocked by massive anti-Pakistan protests with people taking to the to streets in dozens of places. According to some reports, there were clashes in Gujjar Nagar area where some vehicles were damaged due to the pelting of stones. However, police swung into action and prevented a major clash.

Led by the Bajrang Dal, the Shiv Sena and the Dogra front, people took out candlelight marches in the city and held anti-Pakistan protests.

Earlier, The Jammu Chamber of Commerce and Industries (JCCI) had on Thursday called for shut down in Jammu protesting terror attack.