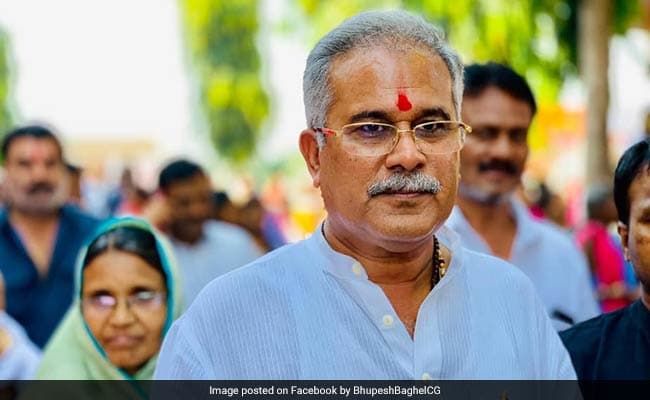 The Indian National Congress on Sunday named Bhupesh Bhagel as the new Chief Minister of Chhattisgarh. The Decision came after hours of deliberations and talks between Congress National President Rahul Gandhi and other frontrunners for the top post.

Bhupesh Baghel to be the Chief Minister of #Chhattisgarh pic.twitter.com/ugEMSaRIuw

Bhupesh Baghel won from the Patan constituency with a margin of 27,477 votes.

The process to pick the Chhattisgarh CM took longer than the announcements in Madhya Pradesh and Rajasthan after the Congress’s victories in the heartland states because of more than one name eligible for the top post in 90 assembly seat state, said TS Singh Deo while talking to News Agency ANI on Saturday.

TS Singh Deo,Congress: We have more than 1 eligible name that is why process is taking time, in any case final result came late on 11th so it has just been 4 days today. BJP which took more than 7-8 days to appoint its recent CMs should not comment on us #Chhattisgarh pic.twitter.com/dW6nNTic7E

The Congress on Wednesday appointed Mallikarjun Kharge appointed as the state observer to seek the feedback and inputs of newly elected MLAs in the state.  The newly-elected MLAs of the state held a meeting on Wednesday during which it was decided that Congress President Rahul Gandhi would pick the chief minister.

Kharge and PL Punia, state Congress in-charge also met Rahul Gandhi on Thursday following which both TS Singh Deo, Bhuepsh Bhagel and other frontrunners were called by Party National President on Friday to Delhi. Congress President Rahul Gandhi after meeting with all frontrunners tweeted a picture of him with all four contenders for the CM Post.

No matter how brilliant your mind or strategy, if you’re playing a solo game, you’ll always lose out to a team.

Bhupesh Baghel (57) is the current President of Chhattisgarh Congress and has led his party’s attack on Raman Singh led Government.

Baghel four-time legislator from Patan seat started his political career from Youth Congress and has been a Minister in Madhya Pradesh and Chhattisgarh Government. He was also the State Coordinator for 2013 assembly election.

Earlier this week, Congress picks Kamal Nath and Ashok Gehlot for the top post in Madhya Pradesh and Rajasthan respectively. Moreover, Congress has also appointed Sachin Pilot as a deputy to Ashok Gehlot in Rajasthan.

The Congress in recently concluded assembly elections 2018 registered a resounding victory in the heartland states.