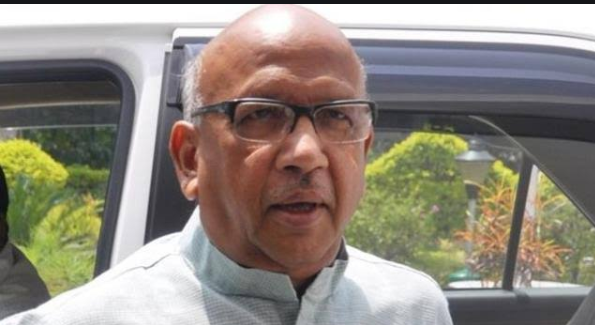 Making elections interesting in the poll-bound Jharkhand state, BJP leader and Union Minister Saryu Rai fields his nomination at the district administration office of East Singhbhum district on Monday. He fielded himself from both Jamshedpur East and Jamshedpur West seat. The leader took this hard step as his party did not clear his name for the nomination.

Saryu Rai will be contesting against the incumbent Chief Minister Raghubar Das from Jamshedpur East constituency. Saryu Rai earlier held the portfolio of Food and Supply Minister in Jharkhand Cabinet until he resigned from his post on Sunday. The leader has been angry with his party ever since the party was vacillating over his name.

The leader has decided to fight independently however he has not resigned from his party’s membership. Expressing his unhappiness with the party’s top leadership, he said, “I am standing with an empty bowl and seeking ticket. It is a fight against fear and corruption.”

On being asked about the reason for the party’s decision to withhold his name, Saryu Rai said that his ticket has been delayed because some people in the party do not share a good relationship with him.