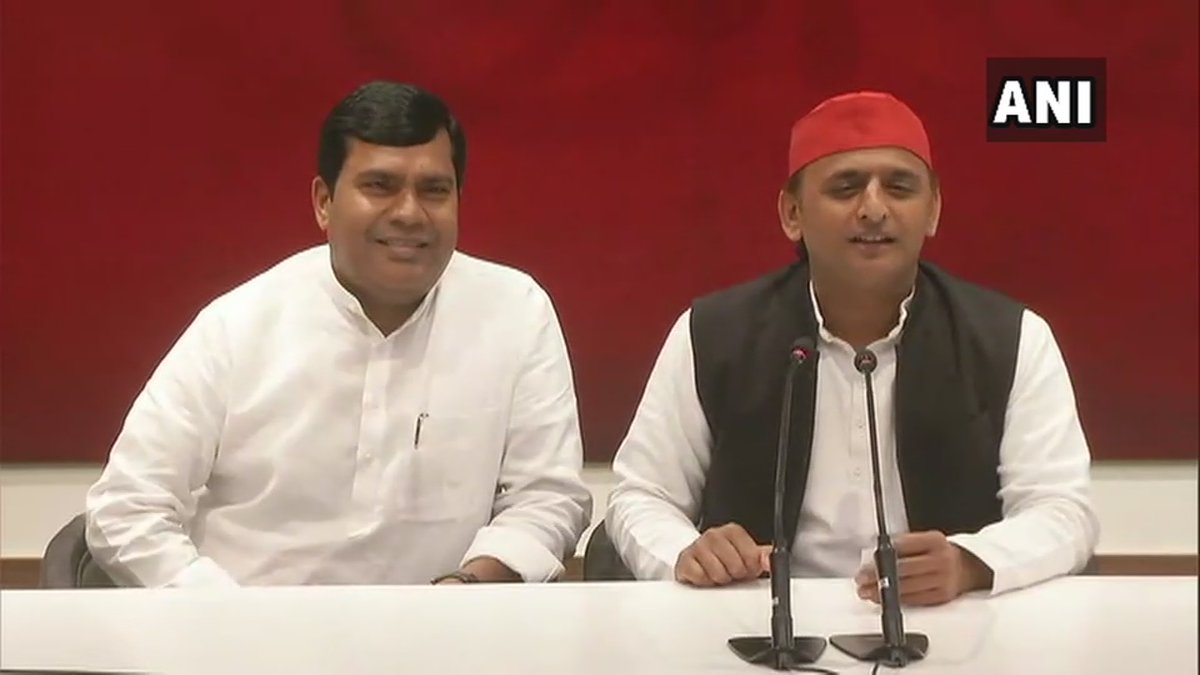 In a major setback to the Bhartiya Janta Party on Friday, its outgoing MP from Machhlishahr Ram Charitra Nishad shifted loyalties to Samajwadi Party after his name was dropped by the party for the Lok Sabha Polls.

BJP in a run-to to the national elections has replaced Nishad with V P Saroj for the Lok Sabha Seat seat of Macchhlishahr. BJP new pick Saroj had contested 2014 Lok Sabha Polls on BSP Ticket and had joined Bharatiya Janata Party on March 22, this year.

While Ram Charitra Nishad had in 2014 General elections won the seat with a huge margin by defeating BSP’s VP Saroj.

BJP Outgoing MP Nishad joined Samajwadi Party in presence of SP Chief Akhilesh Yadav. However, Macchlisharhr has been given to BSP under the poll pact who has named T Ram from the seat. It is expected that the Samajwadi Party will accommodate Ram Charitra Nishad on some other seat of the seat.

80 seats of the state will go to polls in all seven phases starting from April 11 till May 19. The 16 Lok Sabha Seats of including Gautam Budh Nagar, Ghaziabad, Meerut, Kairana, Saharanpur, Muzaffarnagar, Baghpat, Bijnor, Aligarh, Mathura, Buldansharhr, among others have already voted on in first two phases of Voting. Phase-III of Voting is slated for April 23.