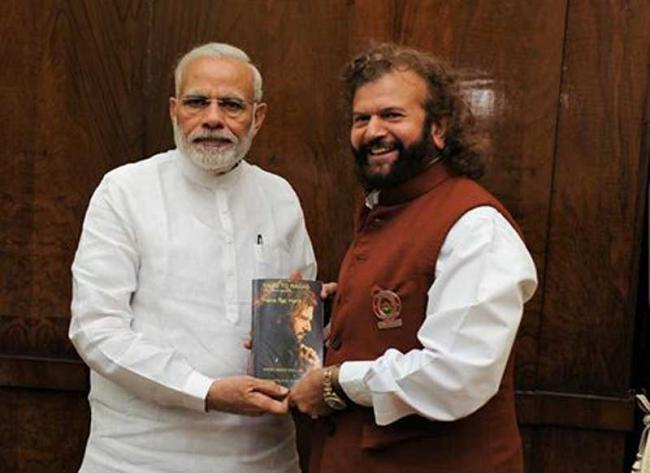 The Bharatiya Janata Party (BJP) on Tuesday replaced its sitting MP Udit Raj with singer Hans Raj Hans as its candidate for the North West Delhi parliamentary constituency for the general elections 2019.

Hansraj Hans in a run-up to the national polls will take on AAP’s Gugan Singh Ranga and Congress Rajesh Lilothia.

Bharatiya Janata Party Sitting MP from North West Delhi Dr. Udit Raj had earlier today threatened to resign from the BJP if denied a ticket. He is expected to file his nomination as an Independent candidate from the parliamentary seat.

In 2014 General elections, Raj had defeated AAP’s Rakhi Bidlan with over 1 lakh vote.

Bharatiya Janata Party with this has announced its candidates on 412 seats. The party had in Delhi earlier announced 6 candidates in Delhi fielding Dr. Harshvardhan from Chandni Chowk, Manoj Tiwari from North East, Pravesh Verma from West Delhi and Ramesh Bidhuri from South, Gautam Gambhir from East and Meenakshi Lekhi from New Delhi Lok Sabha Seat.

Lok Sabha Polls 2019 has already begun and over 180 Lok Sabha Seat has already voted in initial two phases. General Elections 2019 would spread on Seven Phases starting from April 11 to May 19. Phase-III Voting is currently underway

BJP in Delhi will be taking on Aam Aadmi Party and Congress. All 7 seats of Delhi will vote on May 12. Today is the last day to file nominations.