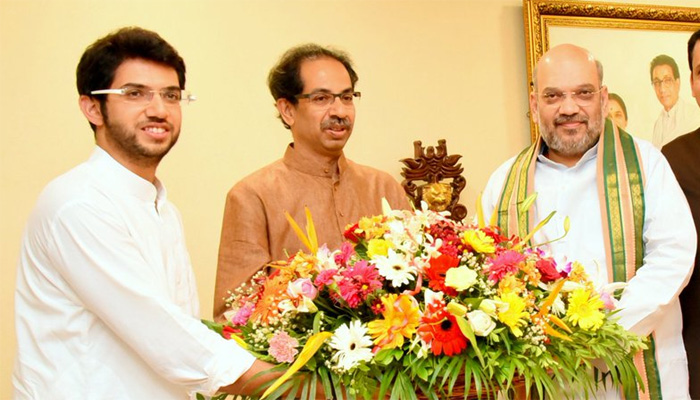 The BJP-Shiv Sena alliance for upcoming Lok Sabha 2019 seems not to be going in a positive direction as the saffron party took a firm stand on Friday. BJP President Amit Shah on Friday set a deadline of January 31 for Shiv Sena to take a call on the future of Shiv Sena’s alliance with them.

With this strong stand, BJP has cleared that they will not wait beyond a point for the Shiv Sena to take a decision.

In the meanwhile, Shiv Sena MP and Spokesperson Sanjay Raut as reported by a News Daily reacted on Shah’s Deadline. He said as quoted “Has the chief minister or the BJP president set this deadline? We will respond when they say something officially”. ‘We are doing our job they are doing theirs’ added Raut when media seek his opinion about the alliance with BJP.

Speaking during a discussion on the Rafale deal in Lok Sabha on Wednesday, Shiv Sena MP Arvind Sawant said: “We keep saying we are transparent. Then why should we be scared of a JPC? Let the JPC find the truth. “Supreme Court never said there should not be a JPC.” he added while endorsing a demand that of the Opposition. He also compared the Rafale Deal with Bofors and said “People used to say Bofors is good but the deal is bad. Same is being said about Rafale Deal.”

Earlier on December 24, Party Chief Uddhav Thackeray slammed Bhartiya Janta Party and said his party is not interested in having alliance talks with the Saffron Party for General Elections 2019 until the party doesn’t put the issue of Ram Mandir and Farmer Distress on cards.

“I would like to talk about the construction of Ram Mandir in Ayodhya and the plight of farmers rather indulging in ‘useless’ debate on Pre-poll alliance,” said Shiv Sena Chief Thackeray reportedly.

However, Earlier there were reports about both having Backchannel talks on seat sharing formula.