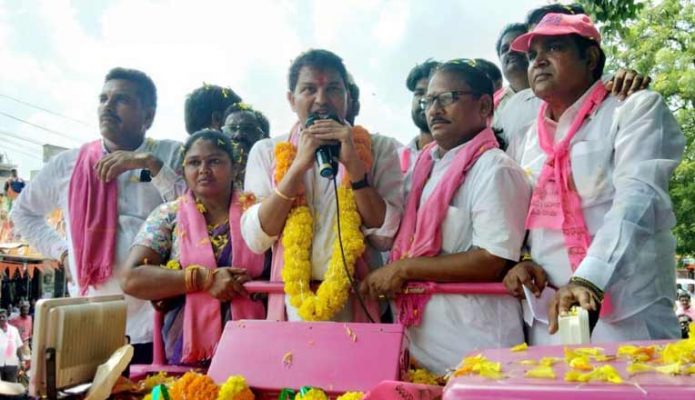 The saffron party is seeking the disqualification of the TRS candidate under the provisions of Section 77, Clause 1, Representation of People’s Act. It said that a program was organized on October 17 in Huzurnagar where around 25 lakh was spent in the arrangement purposes. It was reported that the program was scrapped later on.

In another related event, BJP has also alleged the violation of norms by IT minister KT Rama Rao. Here, the saffron party claimed that there was a roadshow conducted by the minister during which a total of Rs. 1 crore was incurred as the expenditure. The party claimed that this is beyond the established norms.

According to the Representation of People’s Act and other election guiding norms, a candidate has been bounded in a specified limit of expenditure during the elections. A candidate cannot spend any amount of expenditure on the election campaign. He needs to adhere to the rules, which says that the total election expenditure shall not exceed the maximum limit prescribed under the established rules such as RPA and Conduct of Election Rules, 1961.

In another expense-related issue, Three candidates of Worli Assembly constituency were served notices by ECI for not submitting their daily expenditure details to the returning officer. The three candidates are Abhijit Wamanrao Bichkule, Mahesh Popat Khandekar, and Vishram Tida Padam.